Change – from Negative to Positive

Change – from Negative to Positive 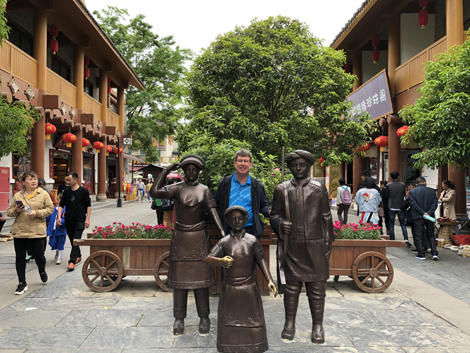 While Alan and I were visiting my family in Mianyang, Sichuan, we had a chance to visit Beichuan (a Qiang autonomous county in Sichuan, China). Beichuan was among the most severely hit of all disaster regions during the Great Sichuan Earthquake on May 12, 2008. 80% of the county buildings collapsed, concrete structures crumbled to rubble under their own weight, or were crushed by landslides.  In Beichuan alone, half of the residents died. Thousands of these casualties were children, at least 1,000 high school students were buried alive due to the landslides. About 20,000 people became homeless in Beichuan after the quake, when most of the households lost their homes and farming land. Due to its dangerous position on a fault line, the city was abandoned as the county seat and now is open to tourists as a memorial and museum.

This earthquake was a huge destructive disaster. When I was told about it, I felt an unspoken chill in the air as if people were scared by it. They called it “Ghost Town”. However, it triggered my curiosity and I wanted to visit there to experience it first-hand. Thus, I talked to Alan about it, and he also wanted to visit there. Luckily, thanks to my sister-in-law and nephew, they made our trip there possible.

The old Beichuan city is only 20 miles away from my hometown and is in the deep mountains. The road was narrow and winding and the transportation to get there was by automobile. It was basically a remote town, isolated from civilization by location and by culture, and extremely underdeveloped. As we arrived there, we immediately saw the massive destruction and loss. No wonder people called it “Ghost Town” as we could feel the deep sadness and abandonment although it was surrounded by beautiful mountains.

An uneasy stillness shrouded the entire area as if many unseen lives were whispering and reminding us of something about life. As Alan and I were taking photos and paying our respect for the dead, we felt deeply the majestic power of the nature as if  mother earth was telling us not to allow yourself to be stuck in the old way of life and urging us to embrace change when it is presented to us. Unfortunately, as humans, we tend to be conditioned in a survival mode mentality, holding onto the past and we are often forced through nature’s power to make change through some drastic shaking up. As we left the old Beichuan city, I was immersed in deep introspection and thinking. It had indeed touched my soul profoundly.

The old Beichuan city was situated in an area that was highly prone to geological disasters and therefore consistently exposed to the threat of collapses, landslides, mudslides and other geological disasters. The earthquake triggered many collapses and landslides which caused great harm and made post-disaster management extremely difficult, while the upstream barrier lake formed by the earthquake was also a serious threat to urban safety. As such, reconstruction of the old town was neither appropriate nor plausible.

So, the task of finding a new location for the new Beichuan city started immediately.  On the first anniversary of the Sichuan earthquake, out of concern for the affected population’s lives and the general progress of disaster-relief efforts, the central government of China called for a plan to “intensify and accelerate progress, as well as strive to complete the scheduled task one year ahead, so people in the disaster area could live a happier life as soon as possible”. The prudent site selection process provided an optimal space for the new county seat’s future development but took a significant amount of time. The short timeframe and heavy workload made the construction of the New Beichuan city one of the most onerous tasks of disaster relief. Therefore, planning and construction work needed to prioritize the development, design reasonable steps, and coordinate needs from all parties. It also needed to rely heavily on reconstruction forces in order to achieve the rapid recovery of urban function (under the special request of the central government) with limited time and funds while still preserving room for future development. With the well design and planning, the cooperative and collaborative effort and intensive heavy loaded construction, the New Beichuan city was successfully built within 2 years in a location which is only 15 miles south of the old Beichuan city. The New Beichuan city, also known as Yongchang town (meaning “eternal prosperity”), boasts hospitals, roads, parks and housing for more than 40,000 residents. It was built as a landmark of urban construction, anti-disaster spirit and cultural heritage and a new county town that embodies “safety, livability, prosperity, uniqueness, modernness, and harmony”. It also has preserved the local Qiang culture of the old city. On the Spring Festival, or Chinese New Year, of 2010, residents in the new Beichuan County celebrated the opening of new Beichuan.

Both Alan and I were so impressed by the story of devastating destruction to positive change around the old Beichuan and new Beichuan. It is a testimonial of how we humans can transform from a very ‘negative’ sudden change due to catastrophe to an incredible ‘positive’ opportunity of reconstruction and rebuilding. The old was destroyed and the new is born out of it. It not only greatly improved human living conditions, opened the door to the world so that the world could know the Qiang culture, but also showed the positive power of human spirit when everyone has the same goal working together as a whole. Alan even had the chance to explore the culture of Qiang Nationality and their hospitality. It has also illustrated that we often need to be pushed to the extreme of desperation in order to bring radical change and transformation with positive growth and expansion. The choices we make does lead to different outcomes. It taught us that as a human spirit, we should never be afraid of change, and we should be open to embrace change even though it may look so negative, painful and destructive. We should never lose hope, faith and trust in the Universe. We should always be reminded that change brings us opportunity to let go of the old and to build a new that better suits our soul evolution and our human living condition. We should go with the change and be the change. All be well. The following are the pictures we took from both old Beichuan and new Beichuan. 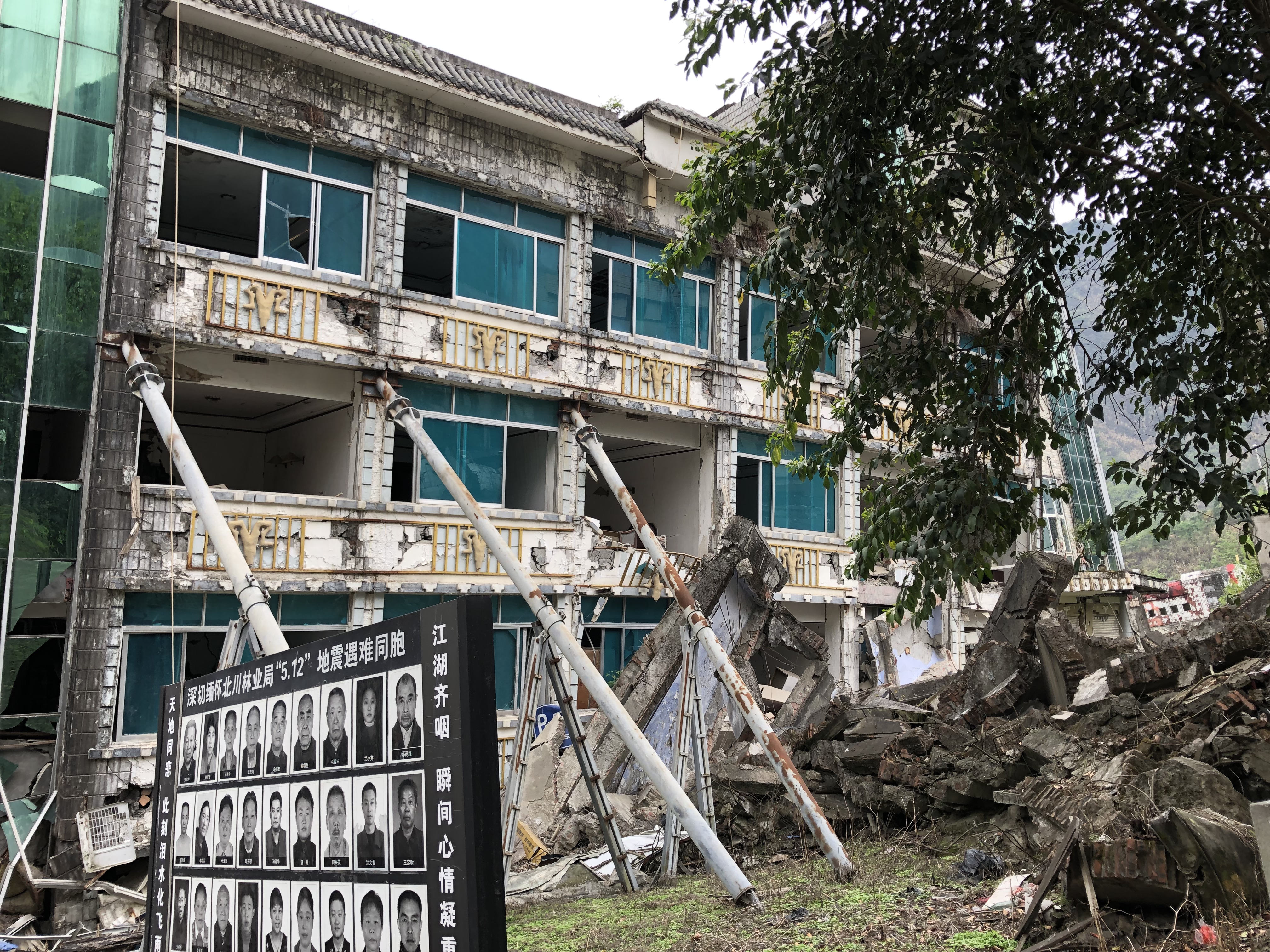 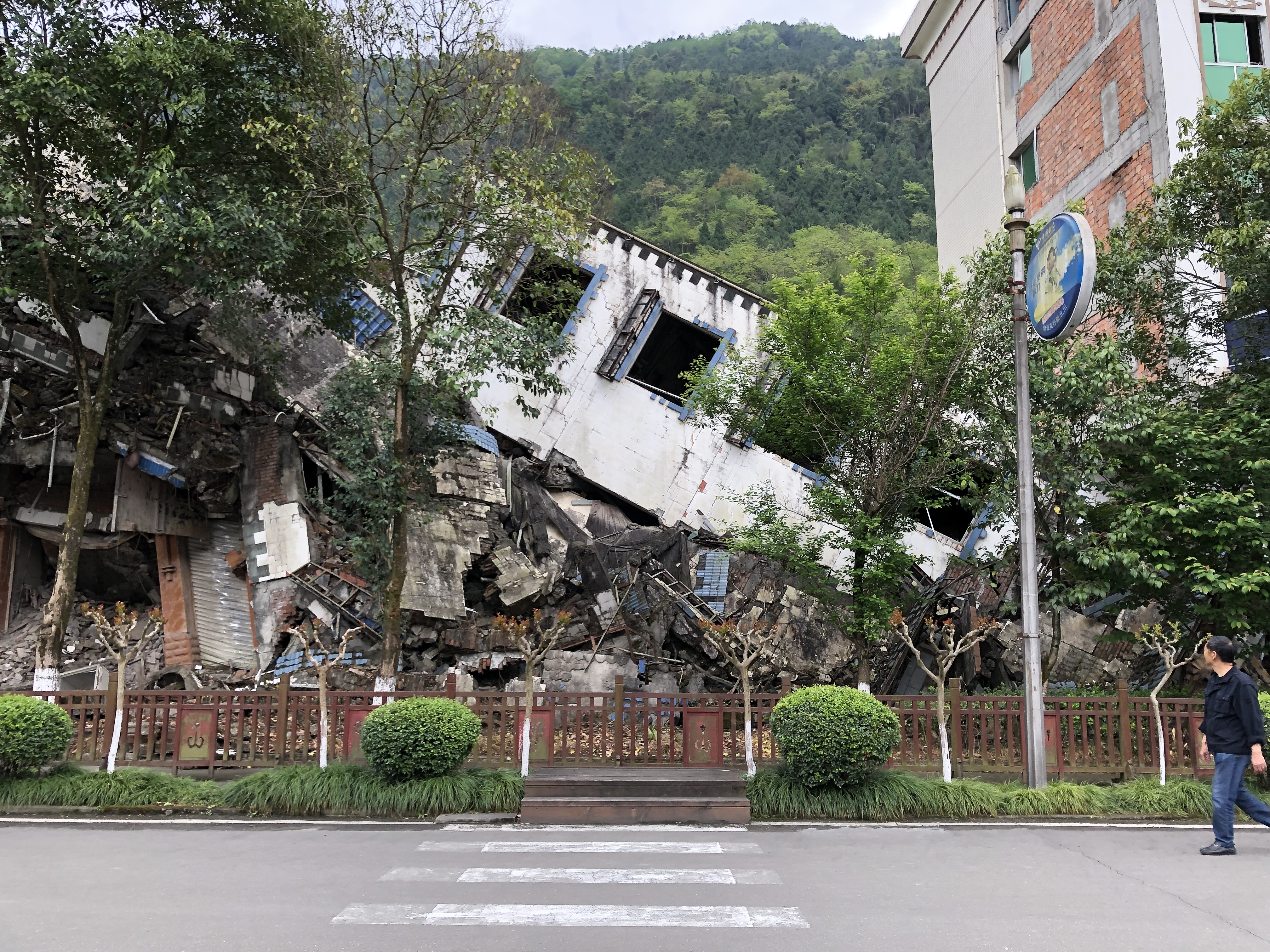 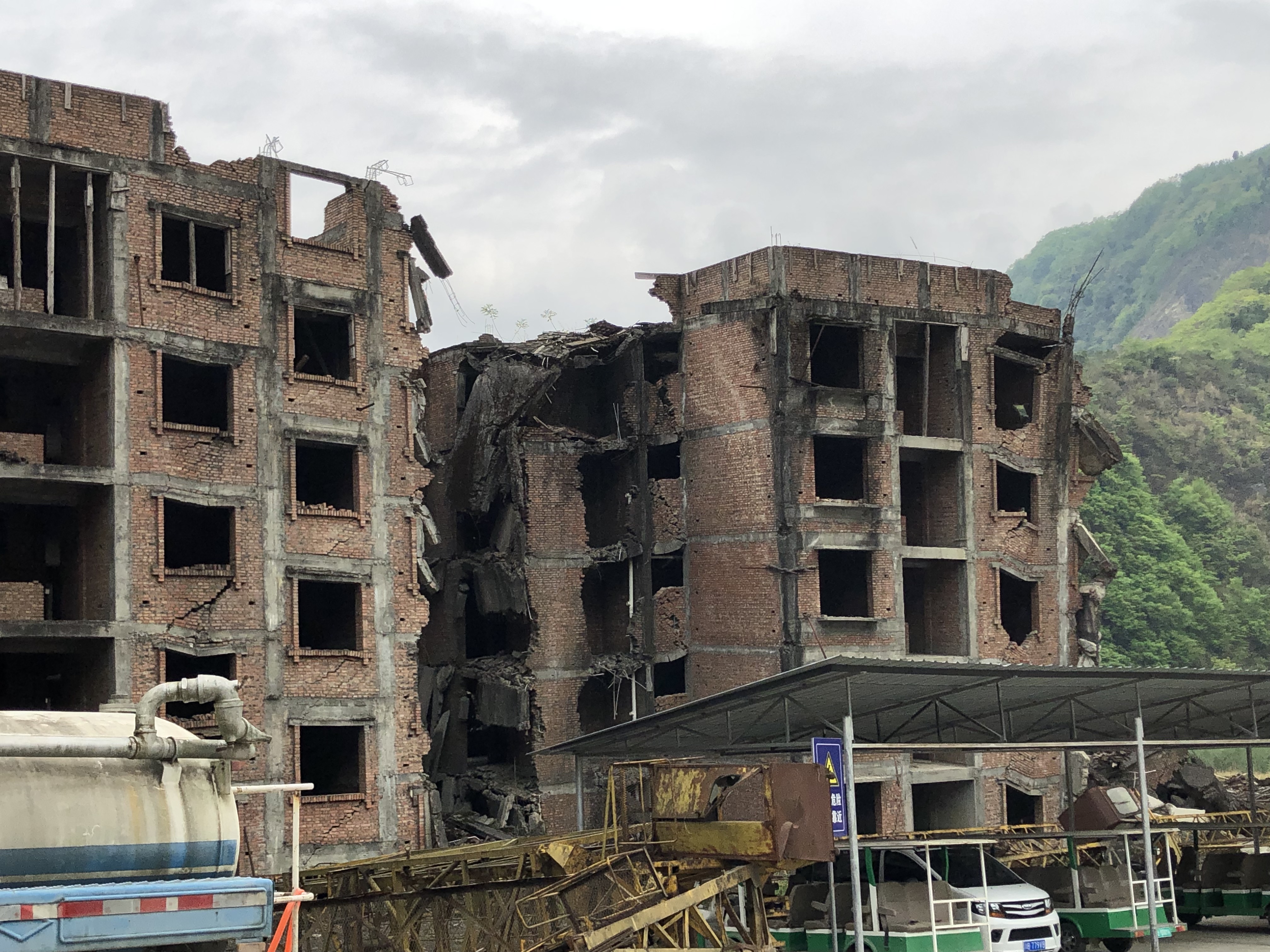 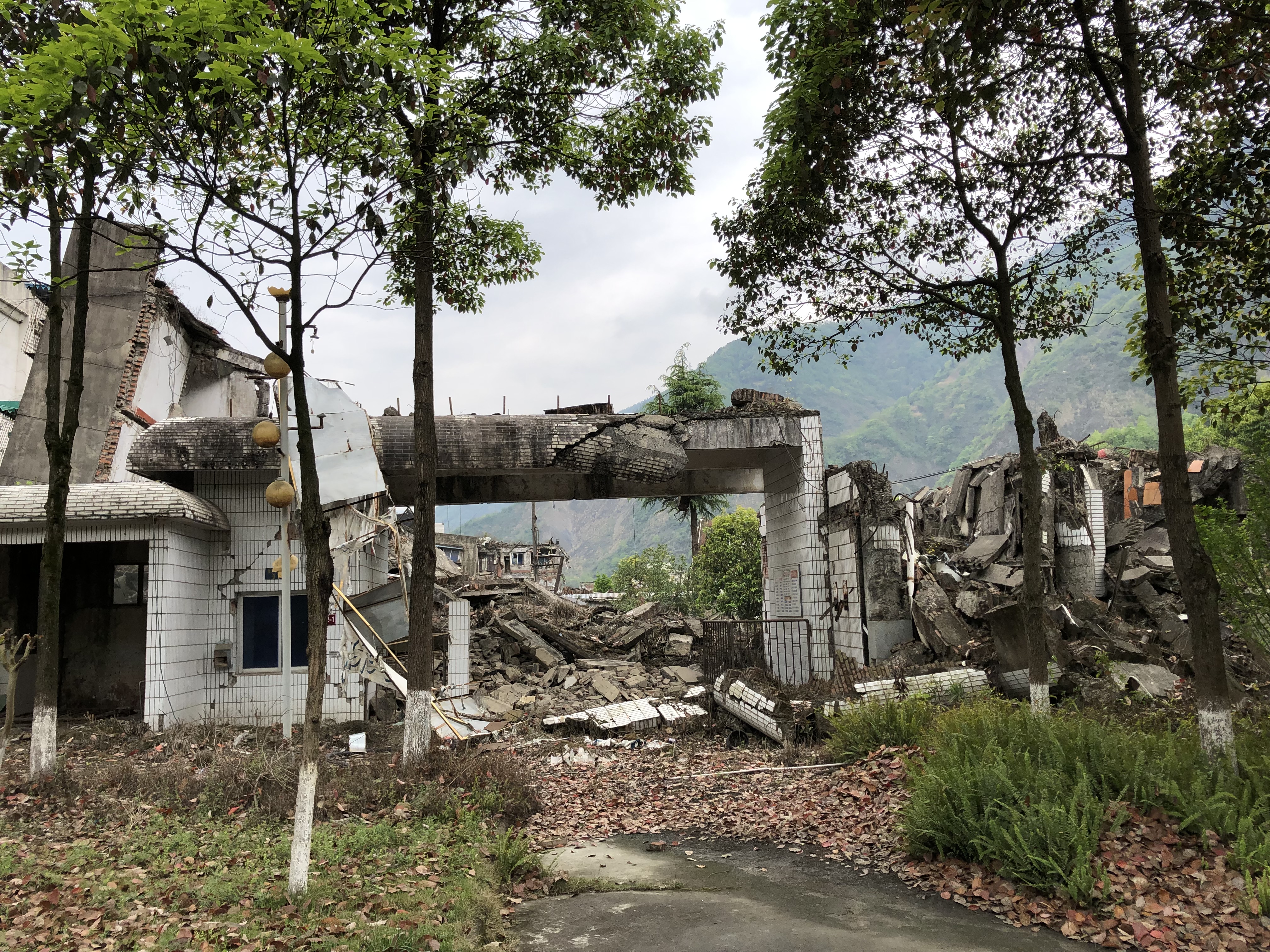 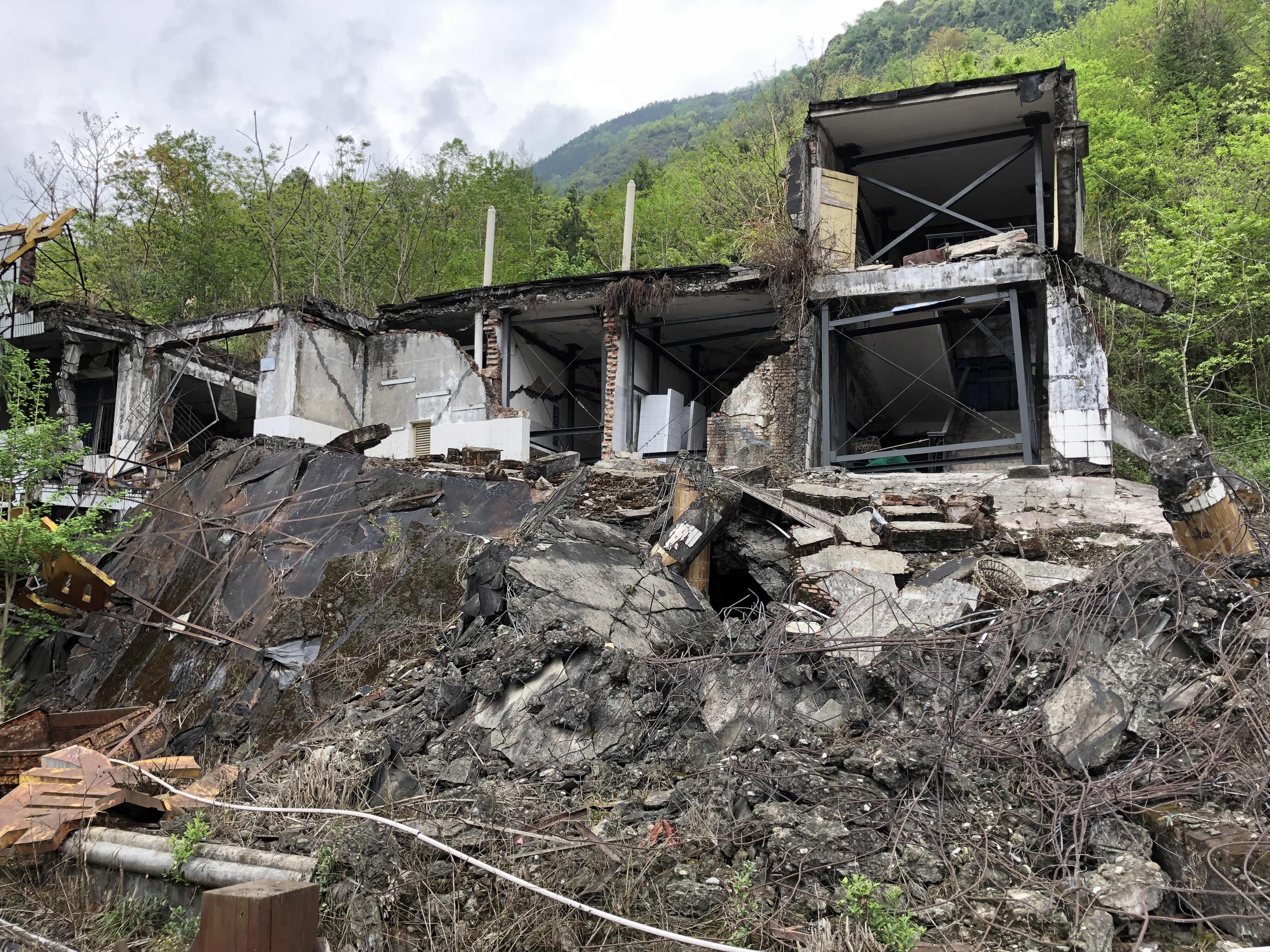 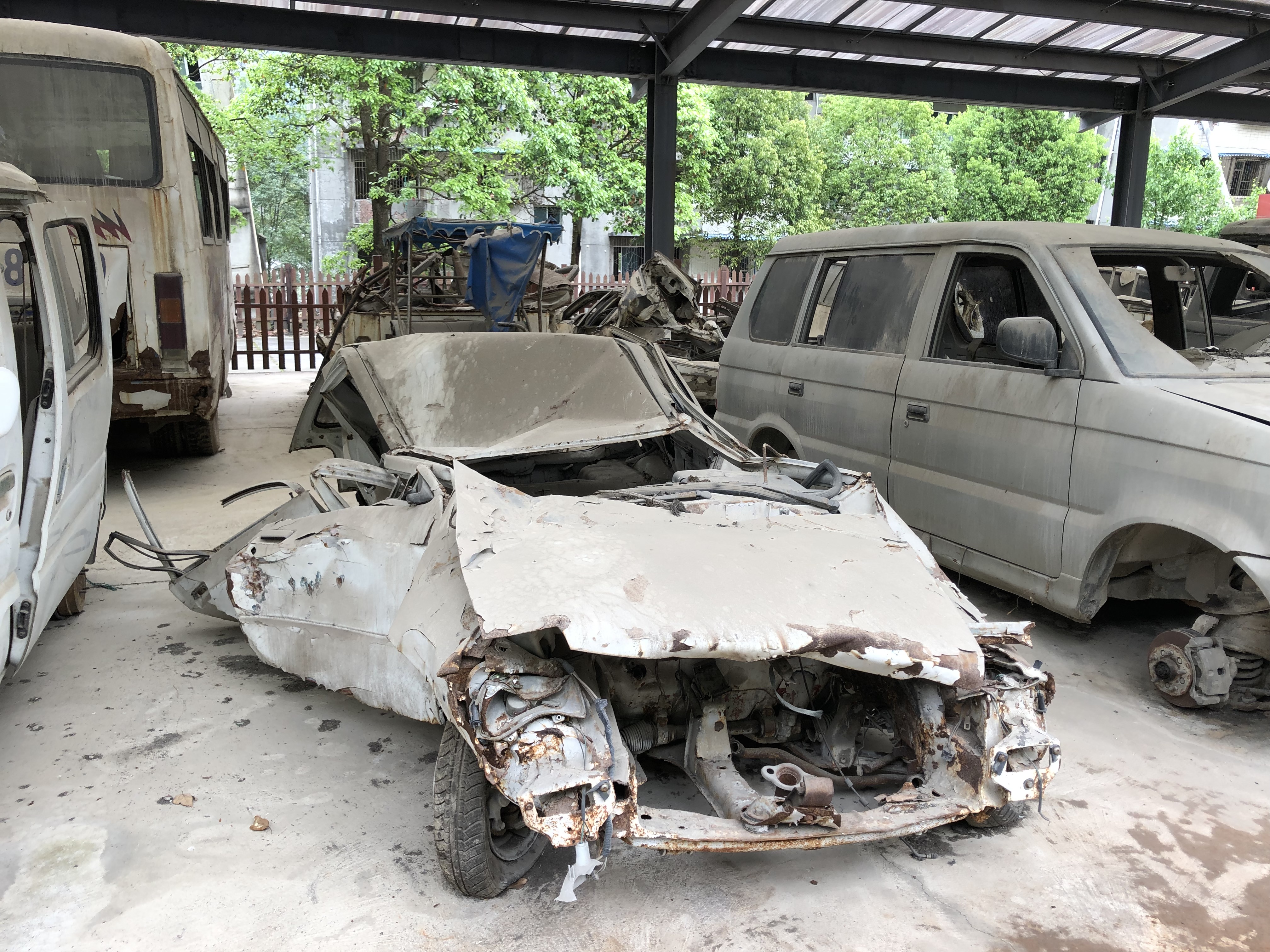 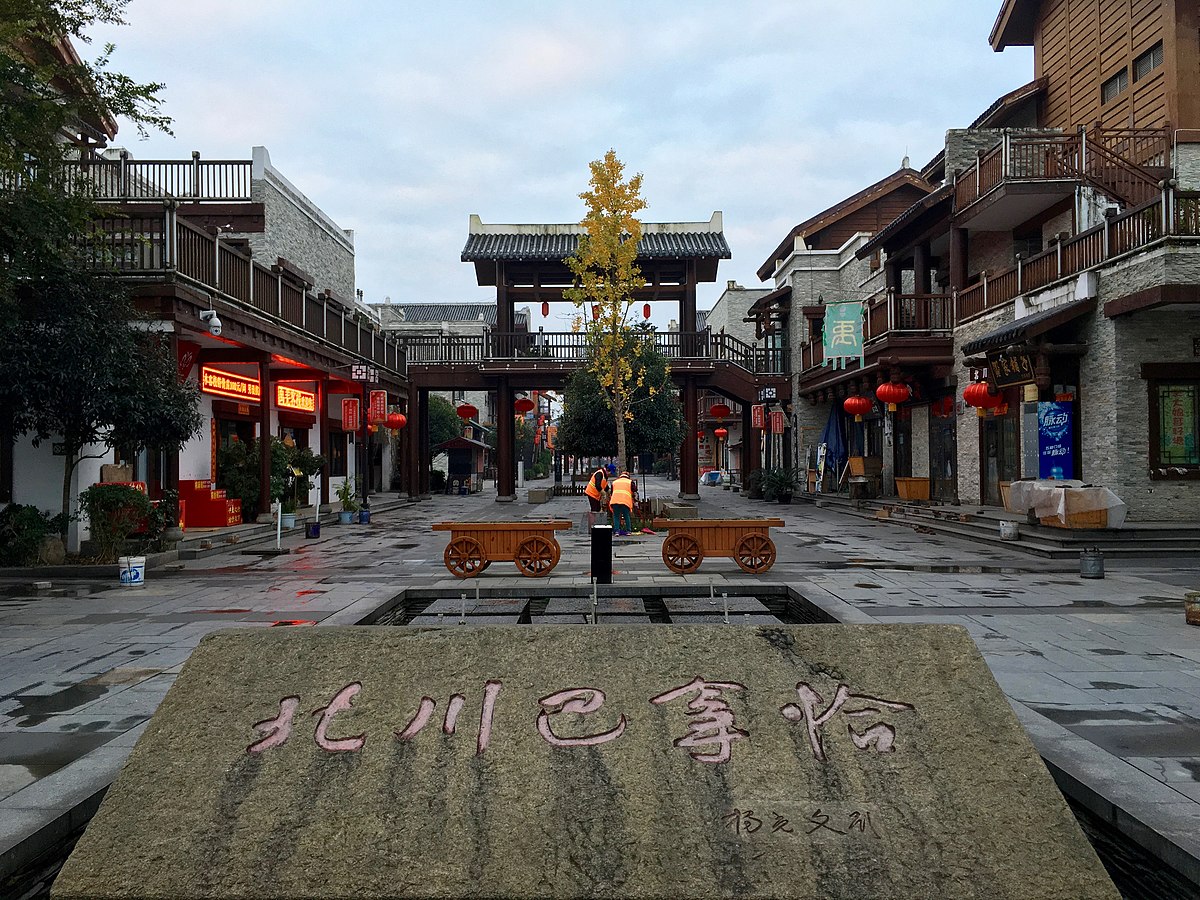 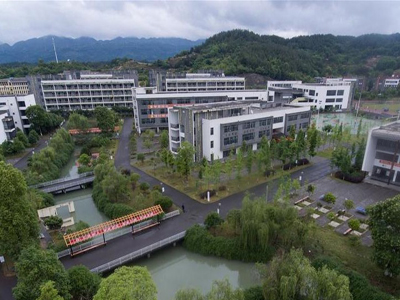 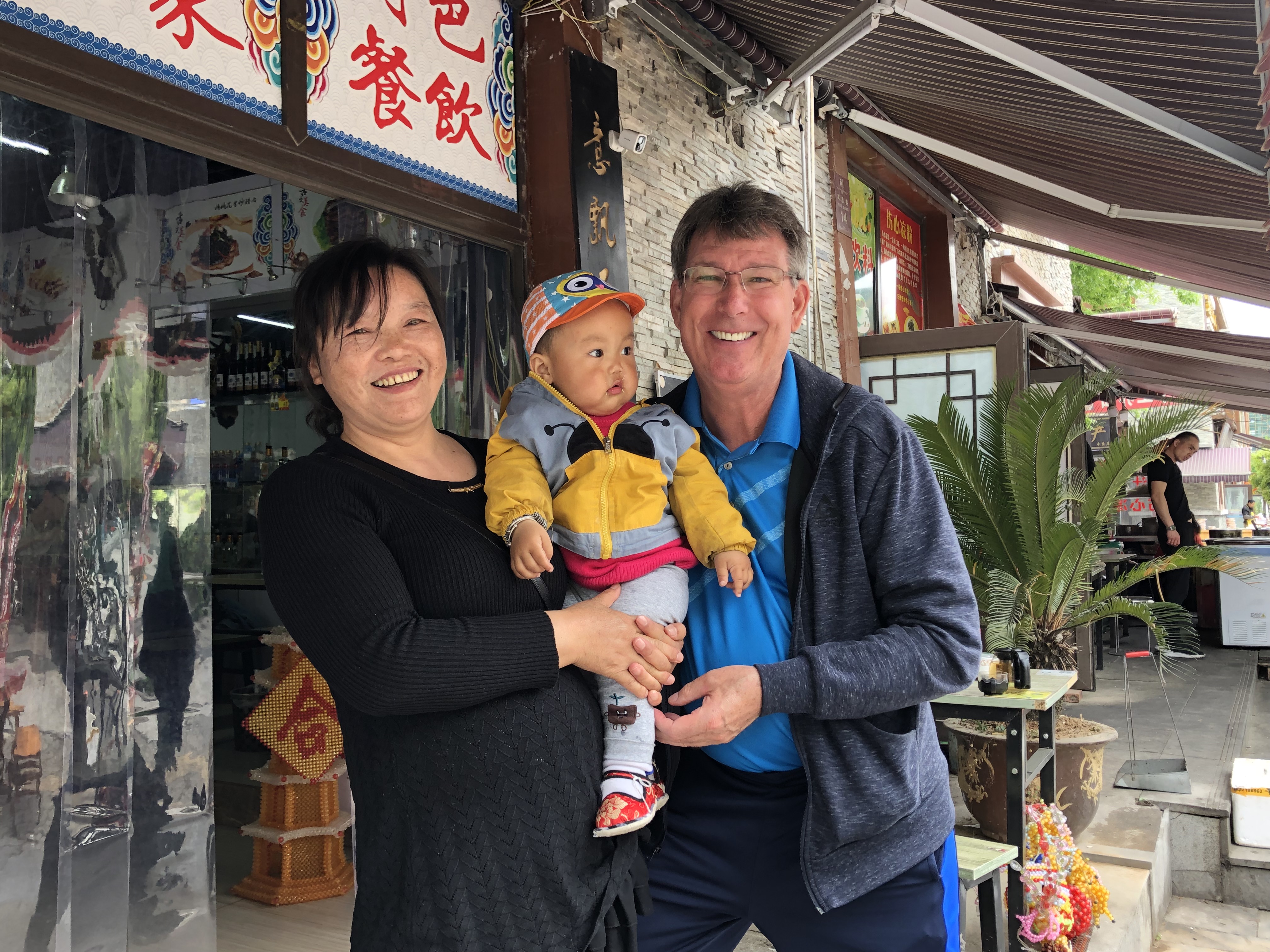 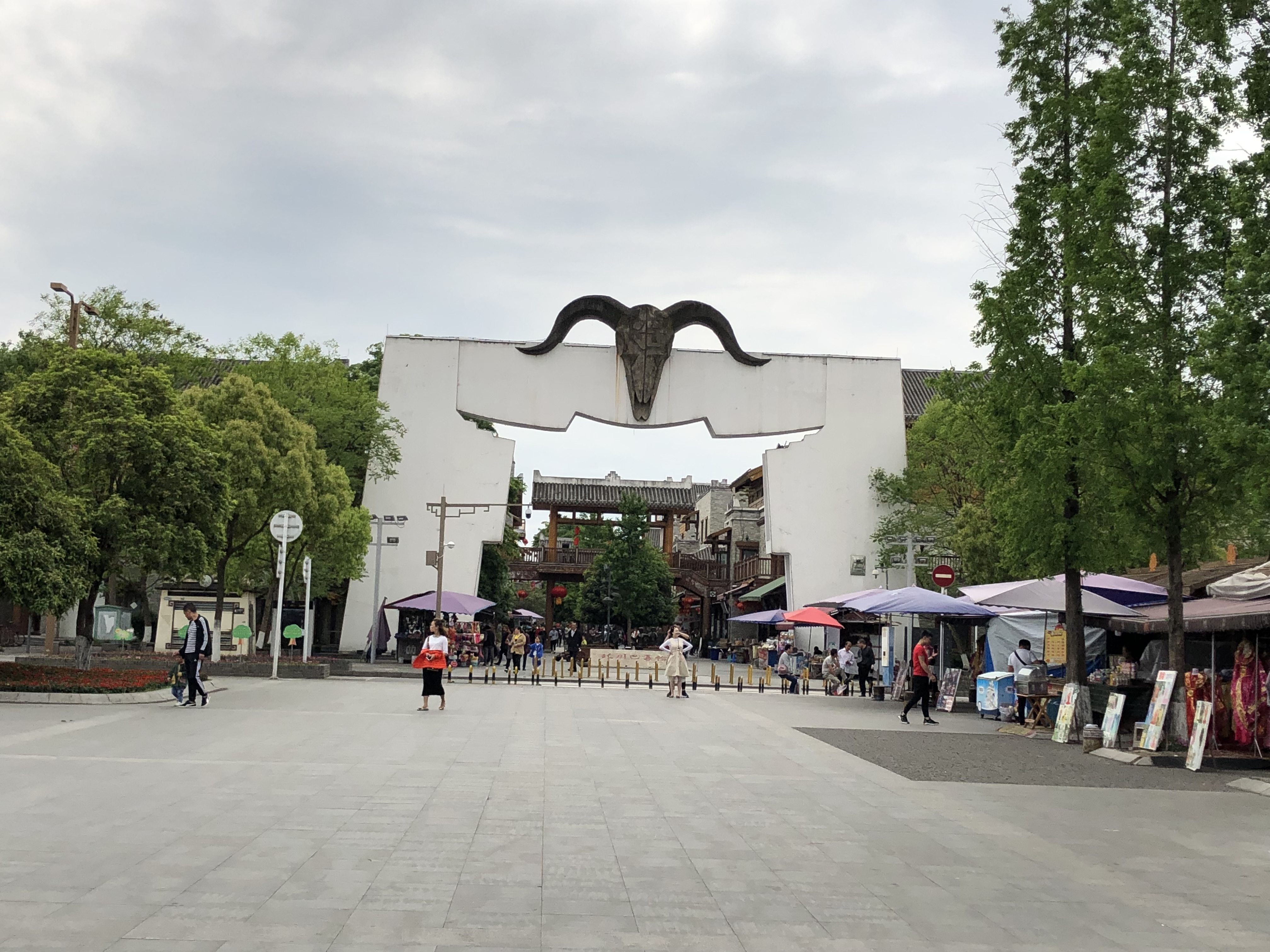 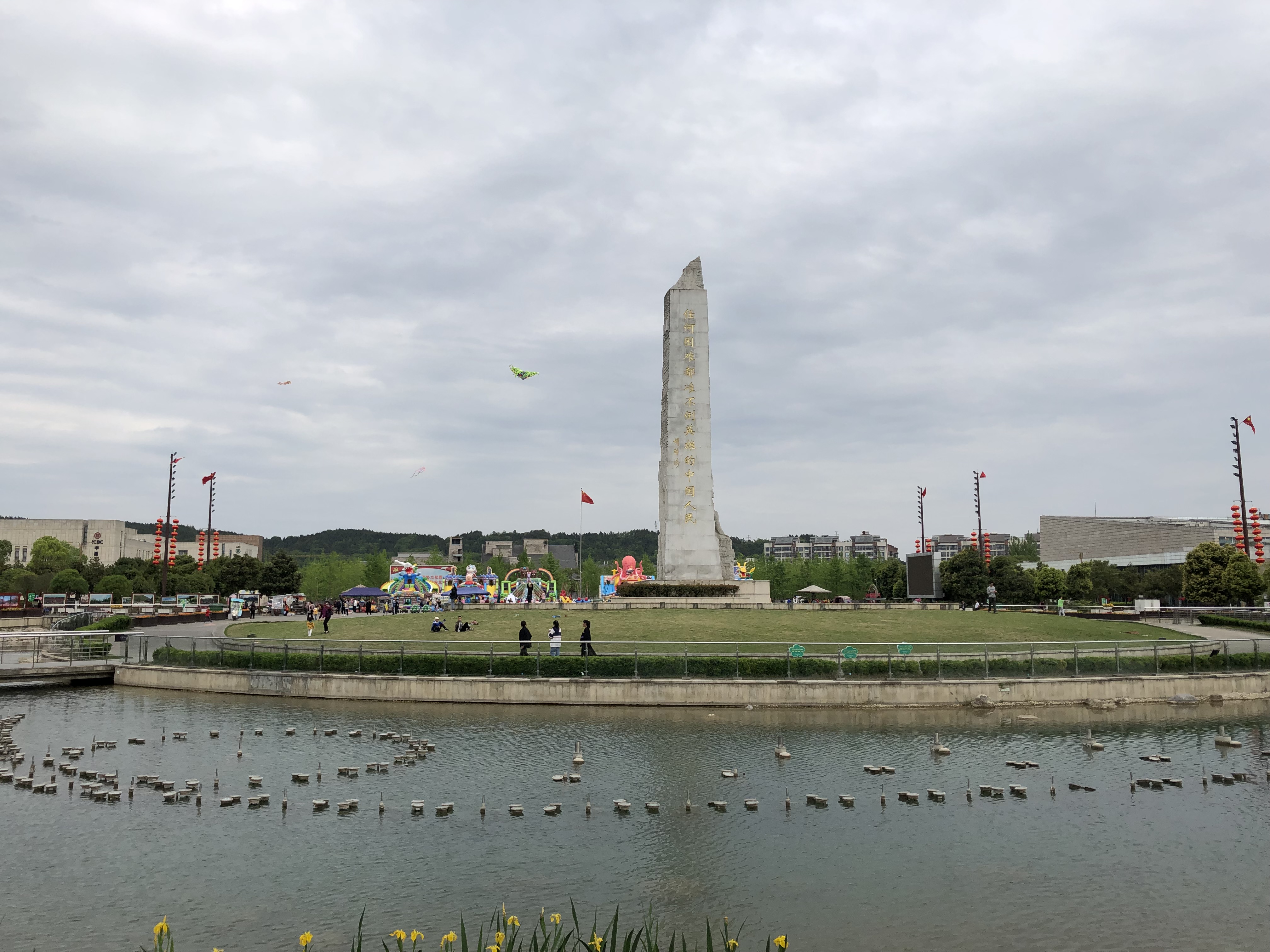 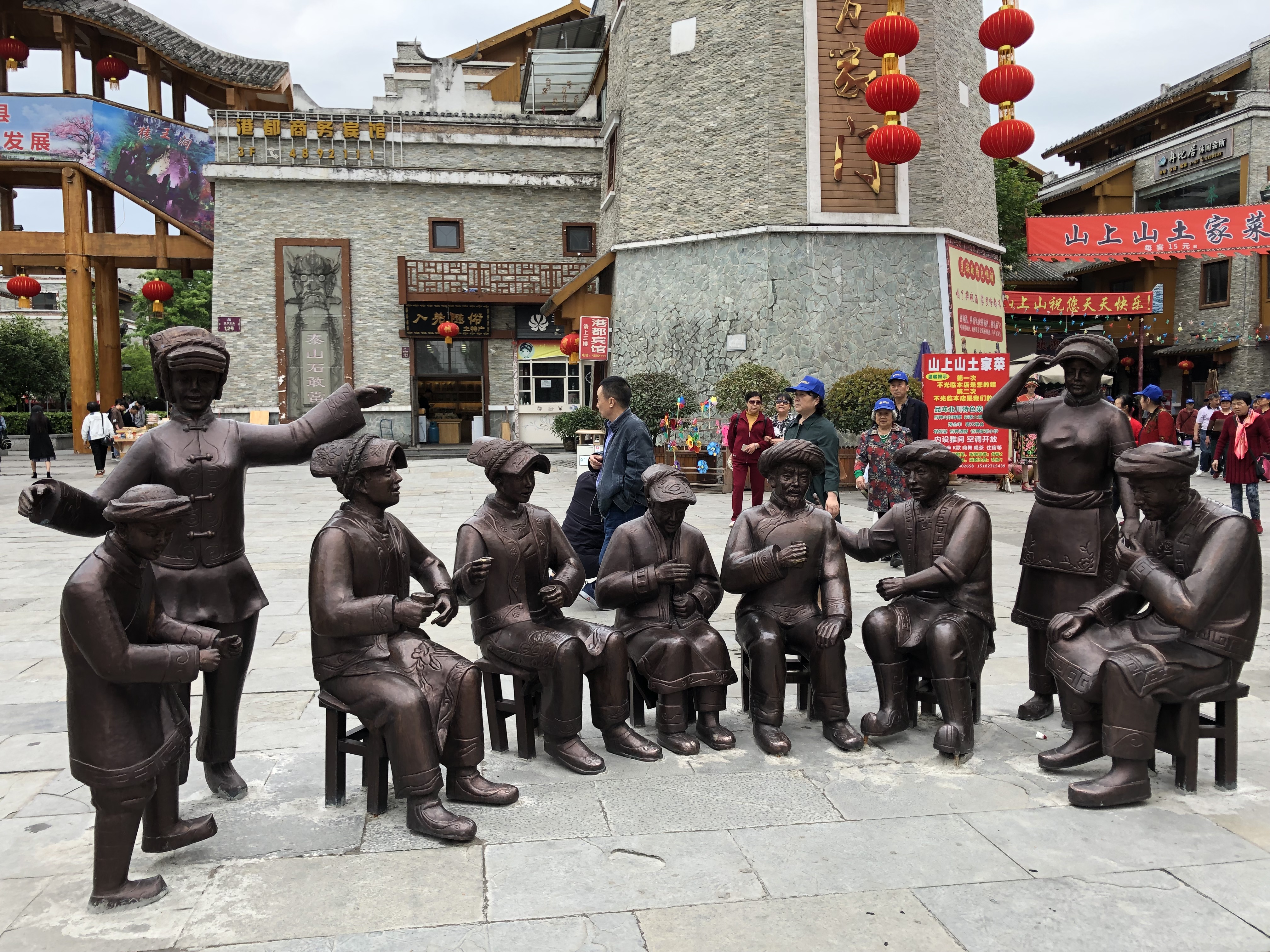