Controversy Between being Too Nice or Stupid

Controversy Between being Too Nice of Stupid 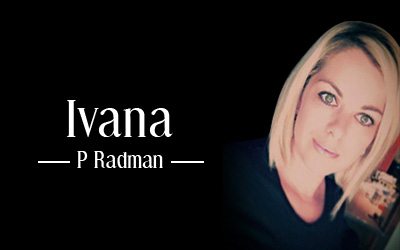 “Have you ever been too nice and ended up in a situation that could’ve been avoided if you just would’ve been an unspiritual, hmm… asshole?” I came across that question this morning, browsing through Instagram and it started me thinking.

Where are our boundaries anyway? Do we know how to make them and show them to others?

Does our “being too nice” gets us into trouble?

If does, it just means that we haven’t set our boundaries and having them doesn’t represent that we are not spiritual, good or well mannered. It just represents our self worth and self love. Nothing more, nothing less.

I always had problems saying “No” to people, friends, family members, colleagues, etc., and yes, it got me into very heavy situations with me being taken advantage of, tired, miserable and even molested by some.

I got myself into situations where I have been taken advantage of and being sexually abused by a friend while being in an unconscious state, just because I hadn’t put my boundaries up before. I was being too freaking polite and didn’t want to hurt his feelings. So, I ended up being hurt physically and emotionally which created a lot of trauma that I had to face. I almost got the same scenario a couple of years after, also with a friend but I reacted and confronted him and my fears. Yes, I ended up being a “bitch” in his eyes and lost a friend, but trust me, it was worth it.

I have, also, ended up working three jobs to pay off other people’s debt as I financially struggled. Where were my boundaries then?

I ended up, also, working in one company as an Intern with the lowest paycheck ever while acting in an executive role with a great amount of responsibility. I did not get the credit I deserved for all my hard work and increased responsibilities while my fellow colleagues assumed none, because I was to polite and didn’t want to stand up for my rights and just wanted to fit in. In the end, I ended up very sick and broke. Of course, I left that job position when I learned my lesson.

I have so many examples to write about all the situations that I have encountered. But it was ALL my fault. Nobody to blame but me.

Boundaries, boundaries…it is so hard to set them especially if you are on your spiritual path, people pleaser and a deep feeling inside of being unworthy.

A simple question, why am I so dreadfully scared of setting boundaries in my relationships, friendships, marriage, jobs, etc.? The answer resides in my past lives and being brave enough to confront that past life energy, because that is where I will find the root cause of my issue.

And yes, we can all debate around this subject and have different opinions…like does lack of boundaries come from being shy, nondependent, insecure, traumatized, borderline, coward, unworthy, unloved…there can be dozens of explanations and rationalizations of this subject. But, the first step is an acknowledgment of not having boundaries.

Of course, I am still being tested occasionally but also metaphysically educated enough to recognize the “test”. Right now, I am learning how to set boundaries with my clients, lol.

I am trusting my intuition more and more. Intuition is my communication vessel with my Higher Self.

And remember Maitreya’s quote: “The higher you raise your vibration the more intuitive and spiritual you will become.”