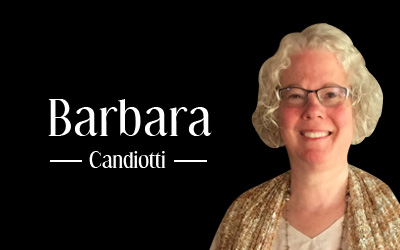 In early February of this year, I started thinking about planning a spring vacation to Palm Springs. A friend of mine recently retired there, and I was keen to visit. I love the desert and wanted an escape from the rainy northwest. I have been to Palm Springs several times and resonate with its myriad of activities and charm.

One day driving to work, I started thinking about Palm Springs and the things I wanted to see and do. Suddenly the thought “New Orleans” was pressed into my consciousness like I should go there instead. I had no interest in visiting New Orleans, and when this happened, I started feeling anxious. This message kept repeating, and I could not think about Palm Springs without the idea of New Orleans coming into my thoughts. I recognized this must be guidance from spirit, and I should pay attention.

As I shifted my focus to consider traveling to New Orleans, I became filled with dread, fear, and anxiety. I knew Jean and Alan had moved there so I thought well I could see if Jean would like to have lunch one day if I visited. Then at least I would see one person I knew. I contacted Jean, and she suggested I stay with them. I decided this would be best considering how I was feeling. However, I put off choosing a week to go. My fear, dread, and anxiety increased. I had trouble sleeping because of the intense anxiety I felt. I kept putting off picking a date. I thought about canceling and wondered what Jean would think if I made an excuse not to go. I finally forced myself to settle on a week to visit. Since I had delayed, I had to pay more for the airfare then if I had made reservations earlier.

I wondered where this fear was coming from and tried meditating on it to no avail. Based on the teachings I had learned from Margaret and Maitreya, I knew I had to clear some energy, and New Orleans was the key to do so. What form would this take, I wondered? I read about New Orleans, and it’s abundant history. When France owned the area, no one wanted to go to the “pestilent colonies.” Prisoners and undesirables were rounded up and forced to migrate there. On top of this was the brutal slave trade. Being sent to a Lousiana sugar cane plantation was a death sentence. Nowadays one can’t think or talk about New Orleans without conjuring up an image of the devastation and human suffering hurricane Katrina caused in 2005. With all this background swirling in my head, I headed to Lousiana.

My time in New Orleans was, for the most part, uneventful. Jean, Alan, and Korrine were the perfect hosts. The only time that I experienced uncomfortable anxiety was the day we all visited the 7th ward — a poor neighborhood that was flooded by a breached canal during hurricane Katrina. While we were driving around the area, I was filled with anxiety and felt like jumping out of the car. I also smelled a sweetish smell which I took to be the energy emanating from the area.

Back in Seattle, I wondered why nothing more dramatic happened and had no epiphany as to the reason for the trip. I settled back into my life.

Little things did change; though, I started doing a lot more artwork something I used to do a lot but had done less and less to virtually nothing the last few years. Most recently, I have been on a cleaning/clearing whirlwind of activity at my house. I got rid of most of my furniture that I’ve had the last 20+ years and have given carloads of stuff to the Goodwill. This activity may not sound like much, but for me, it is colossal mainly because the last five years or so I have been consumed with elder care issues such that I have had no time or energy to do anything but the bare minimum around my house. In effect, I had been living in a very narrow rut for far too long.

According to Maitreya to get new energy in your life, you must make room for it by cleaning and clearing out the old around you. It is my truth that my trip to New Orleans was a way for Spirit to stimulate a much-needed change in my life. My anxiety and dread was my self, trying to stop this from happening. Maitreya’s teachings helped me to face my fears. I now look forward to the new energy that will flow my way, now that I have made room for it.