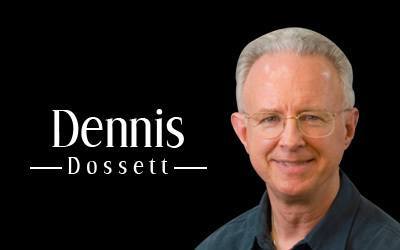 There is a new phrase rolling off of people’s tongues these days (I’ve used it many times myself) that I don’t think many people have really thought about. I certainly hadn’t thought about it until about a week ago when ‘my Guys’ (as I call my guides in Spirit) subtly suggested a topic for this month’s newsletter. (It seems like I am always doing this toward the end of the month! At least I’m learning not to fuss about it as much as I used to as I know that Spirit has our backs if we will but open ourselves to listening and to trusting that we will have what we need when we need it—and often not before! But I digress).

So, what is the ‘New Normal?’ There are about as many different definitions of that phrase as there are human beings incarnated on the planet at the moment, but almost all of them have two things in common:

1. We all know that things will be ‘different’ as a result of the Coronavirus Pandemic, but aside from some educated guesses, no one really knows for certain what the ‘New Normal’ will really be like. In short, there is a lot of uncertainty regarding the future.

2. The phrase, ‘New Normal’ and the accompanying discussion usually carries with it a longing for the ‘Old Normal.’

In other words, most of us are looking for certainty as opposed to uncertainty, something that psychological and other disciplinary) research has demonstrated repeatedly over the years. Historically, the need to establish a greater degree of certainty in human affairs is the hallmark of advances in human civilization. But is the ‘Old Normal’ something we really want?

Think about it. What is ‘normal?’ My thesaurus suggests the following synonyms: usual, standard, regular, ordinary, typical, customary, common, average, natural, habitual, routine, and conventional. That’s a good list, but the word that stands out to me is ‘habitual.’ And I believe there are four additional terms that are closely related to this list, namely ‘constant,’ ‘conditioned,’ ‘complacent,’ and ‘comfort zone.’ In short, the ‘Old Normal’ is all about recurrent conditioning (habit) and the complacency of the comfort zone.

And what is the ‘New Normal’ going to be? Very much the same (constancy, conditioning, habit, complacency, and the comfort zone), except that it will be conditioning to a different set of social, political, and economic criteria. But it will be conditioned responses nonetheless. On the assumption that the ‘Old Normal’ involved conditioned acceptance of worn-out or broken systems of government, economics, social expectations, etc., why would the ‘New Normal’ be any different if it is marked by complacent acceptance of the comfort zone? Will ‘different’ actually be ‘better?’ I’m not so sure.

Is it more ‘normal’ to drive on the left-hand side of the road or the right-hand side of the road? It all depends on the local customs and laws—conditioning. Is it appropriate/expected for a dinner guest to audibly burp at the end of a meal as a compliment to the host? Yes or no, either way it is conditioning. You get my drift. As Maitreya (channeled by Margaret McElroy) says, “There are no rights; there are no wrongs” and “There is no truth.” In other words, everything is conditioning. That is what a ‘New Normal’ will ultimately be as well.

I believe that we have been thinking about ‘normal’ in the wrong manner. In fact, even our casual speech often recognizes this in such phrases as “There are only two constants in life: death and taxes.” Translation: Aside from death and taxes, everything else in life involves CHANGE, and that change is unpredictable but natural, routine but often uncomfortable, etc. Change is actually normal, but it is far less characterized by ‘constancy,’ ‘conditioned,’ ‘complacency,’ and ‘comfort zone’ than the usual interpretation. Let’s face it, change is a natural and continuous part of the human condition irrespective of language, culture—all of the things that make ‘us’ different from ‘them,’—the things that we use to separate us from other human beings.

The usual meaning of ‘normal’ is nothing more than ‘average,’ ‘common,’ ‘customary.’ In other words, to be just like everyone else that we might compare ourselves to. The crux of this meaning is not to be ‘different’ from others, not to ‘stand out.’ It ultimately means conforming to social norms. That can be very useful, but sometimes it is the cause of dysfunctional or ‘broken’ systems in human society. Conformity in itself is not necessarily better than some ‘Old Normal.‘

There will be (at least one!) ‘New Normal’ on the other side of the world’s current crises, and it is going to feel as if it is being foisted upon us against our will. It is going to feel strange, foreign, and downright uncomfortable until we adapt to it. Change almost always feels that way until it becomes the ‘New Normal,’ and adaptation is just the process of ‘settling-in’ to it. But it doesn’t have to be just that if we choose another way.

In an earlier newsletter, I discussed and even advocated the notion of ‘Going with the Flow.’ That sounds suspiciously similar to ‘conformity’ and the ‘comfort zone’ until you really look at what I said. I still believe that we should ‘Go with the Flow’ except that I now believe I didn’t go far enough in that direction. But I forgive myself because I am a work in progress and, at the time, I hadn’t yet developed more of my current thinking as reflected in my Dancing with the Energy books (Book 2 will be available next month!). In addition to ‘Going with the Flow,’ I now advocate ‘Growing with the Flow’ as well. I believe that this critical element is necessary to turning simple reaction—adaptation—into transformation-the act of creating the future you desire.

Instead of just adapting to the ‘New Normal,’ we have the opportunity to create the ‘New Normal’ much more along the lines of what we truly want rather than just what life ‘hands to us.’ That is why we are here on the earth plane in the first place! Now it is not only time to take positive steps in that direction, but we can take advantage of the energy of change on the earth plane to re-imagine, re-invent, and re-create ourselves and our lives.

•   “You create the world you live in. You are the master of your life, nobody else. Your thoughts create your world, your existence, it is as simple as that. You can blame nobody and nothing for your failures and the lack in your life. Because of your fear and doubt, you have allowed this to happen.” ~ Maitreya (Newsletter #25, “You and Your Life,” October 29, 2001; channeled by Margaret McElroy)

We are all going through a very trying time and will be for the foreseeable future. But the future is in our own hands … if we take responsibility for creating our own future, and subsequently that of our culture and our world. I don’t know about you, but the ‘Old Normal’ really wasn’t working for me even though I bought into the illusion that it was for most of my life. I am in a different space now, and I am in the process of re-imagining, re-inventing, and re-creating my life as a means of thriving in the years to come. I personally haven’t been this excited at the prospect for years and I can’t wait to get started! In fact, I already have.

There is much more to understanding the relationship between ‘Going with the Flow’ and ‘Growing with the Flow,’ a topic I will take up in next month’s newsletter. In the meantime, think about whether you really want the ‘Old Normal’ or the ‘New Normal.’ And if you choose the ‘New Normal,’ think about what you would like the ‘New Normal’ to look like and the idea of ‘Growing through what you go through.’ It doesn’t require a lot of courage to choose what you would prefer, but it’s going to be a necessity if you really want to have a better quality of life as well as raise your vibration. It begins simply with the decision to do it.

I’ve made my decision; what about you?