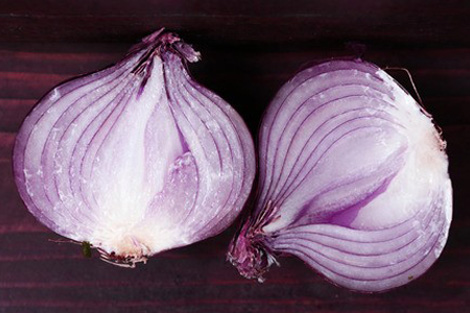 Alan and I spent the whole month of April 2019 in China. When 2019 began, a China visit wasn’t in our plans. However, my brother’s death on January 2nd prompted me to go back. It was corresponding to the transit North node in Cancer (home and family) in the 8th house (house of death and transformation) of my natal chart, forming a conjunction to my natal Jupiter and Uranus in Cancer indicating a new direction relating to family, nurturing and caring, and the transit South Node in Capricorn (career and authority) in the 2nd house (self -value and  self-worth) of my natal chart, forming a conjunction to my natal Chiron, indicating there might be some deep wound related to men and authority from the past (the South Node).

The Nodes transiting in Cancer and Capricorn are shifting our focus from Career or other areas of our lives to home and family, providing a great opportunity for all of us to work on any issues around our parents, home, family and career. Since I have chosen to have my North Node in the 1st house and Chiron in the sign of Capricorn in the 2nd house, and Jupiter in Cancer in conjunction with Uranus in Cancer in the 8th house in my natal chart, I felt this energy more strongly. I felt that something would happen that would force me to deal with unfinished business relating to my home and family which was brought to the forefront by my brother’s death when he lost his battle with cancer and returned home to the world of spirit on January 2, 2019.

When my sister-in-law, my brother’s wife messaged me on the New Year’s Day of our time (China is 13 hours ahead of our time in New Orleans LA) that my brother was having difficulty breathing and was being hospitalized that day, I had the feeling that he was not going to make it. Soon she messaged me again that my brother had quickly went into manic coma. I then started to meditate to assist his transition. I talked to him and assured him that he would be safe and fine as I sensed his extreme fear of death. He finally was in peace by the time he passed away.

However, a friend of mine delivered an unexpected message to me from Margaret and Maitreya that I needed to forgive my family. I was surprised by this message because I honestly believed that I had already forgiven them and moved on due to the fact that I told my brother that I had forgiven him and also asked him to forgive me while I was helping him transition to the world of spirit. However, based on the experiences of years with Margaret and Maitreya, I knew if they gave me an unsolicited message through someone else, I should heed the message. Therefore, as I was thinking about the message in the middle of the night, I decided to get up and write down what I experienced with my brother and my family in 2017 when he and my family rejected me as I tried to visit him in the hospital in December 2017 when Alan and I took a special trip back to visit him in my hometown. As I was writing, a huge amount of energy rushed to the surface from my navel area and passed through my throat; I suddenly started to cough and cry uncontrollably, and I felt deep sadness and experienced extreme anger towards them. I was shocked by the intense energy that was being released as I was completely unaware of its existence. It reminded me that there could be some more deep emotions connected to my family either from past lives or childhood experiences in this life. Thus, I felt strongly that I needed to go back to China again to deal with unfinished energy that still resided within me.

I thought I had released my anger towards my parents and my brother. For most of my adult years, I didn’t have anything to do with them. I never attended the funerals of my father and now my brother, and never revisited my mother’s grave since her funeral. But now I realized, that there was still deep repressed energy within me that I needed to address.

I felt that paying my respect to them during Chinese Tomb Sweeping Day (Qingming Festival) would be a proper way to show my appreciation to them. So, I checked the calendar, and this year’s festival was April 5th. It was perfect timing as Alan and I would finish the private teaching with two students by March 31st, so we planned to go back to China on April 1st, and we would arrive in my hometown on Wednesday, April 3rd.

Unlike the last time we went back China, when we were unable to be in my hometown due to the rejection from my siblings, everything fell into place easily and smoothly this time. Without any struggle, my siblings took turns in taking me to visit all the places that I wanted to visit – the cemetery, elementary school, middle school, old places we lived during childhood, the street my father was made to march publicly to shame him during the Cultural Revolution, and where I was attacked and also publicly humiliated. All the places were completely changed and transformed from an underdeveloped town to a well-developed modern city due to the growth and expansion economically and the opening of China to the world. I was unable to identify any of the places that I remembered from childhood. Honestly, without my siblings’ help, it would have been impossible for me to revisit each one of these places at all. I am truly and deeply grateful for all my siblings’ hospitality and heartfelt welcome to me.

However, in the 2nd week, I started feeling sick. I had the same symptoms as the last time I was there. My chest became heavily congested, causing chest pain, shortness of breath, nonstop coughing and a persistent headache. I lost my voice, and I could not sleep well during the night, etc. Luckily, with all the learning from Maitreya’s teachings and experiences, I understood that I was just releasing some deep buried energy from my subconscious, so I did not panic. As I was going through this process, I wondered why I was still carrying the same type of energy.

It took me back to my childhood experiences of public humiliation. I had carried so much fear, guilt and shame wandering through my life ever since. I had so much insecurity and distrust, and I was afraid of everyone and everything. I had learnt to survive by biting my tongue, keeping everything to myself, burying my head in the sand and putting my tail between my legs. I used to feel there was a huge and heavy rock on my chest all the time and I had a difficult time breathing freely. I even developed an allergic reaction to the weather, and it caused shortness of breath. All these symptoms had gone away when I took the Master of Metaphysics courses with Margaret/Maitreya. I thought I had cleared the energy till I experienced the energy of my hometown.

Revisiting all the places of my childhood has enabled me to reconnect to my deep subconscious soul memory and it brought the deep layers of buried energy to the surface. Whatever I felt, perceived, experienced, carried and run away from for many years was brought to the surface, and released through my physical body. All the symptoms of my physical dis-ease are caused by the release of the old energy. Unfortunately, the release and clearing process is not done overnight. Its process is like peeling a huge onion with many layers, it takes time, it requires my willingness of letting go, determination, patience and understanding. Going through the process is never easy, it’s not only tedious but also very uncomfortable physically, emotionally and sometimes mentally. It’s as if part of the process is trying to ensure that I have learned my valuable lessons and that I won’t repress the energy anymore.

On the other hand, the modernization and radical change of my hometown has left nothing the same and no longer matches what was in my soul memory. It keeps reminding me of letting go of the past, forgiving, forgetting and moving on. The positive change in the city keeps showing me that life is about constant change. It was easy for me to see that everything I remembered from childhood and stored in my soul memory is an illusion of the past and a distorted memory of survival, but no longer suitable for my soul evolution and for the life I have NOW.

Life continually flows, constantly changes and moves forward on its own course regardless of what we have experienced and how much we want to hold onto the past memory. All we hold onto is not real, but an illusionary memory from the past. Therefore, we must learn to let go of the past, forgive and give ourselves the permission to go through the release process no matter how painful and hard it maybe. Then, only then, can we truly move into a new energy of higher vibration. As we do so, all will be well.

Here are a few pictures of my hometown I took while we were there. It has indeed become a beautiful city, no trace of the past at all. 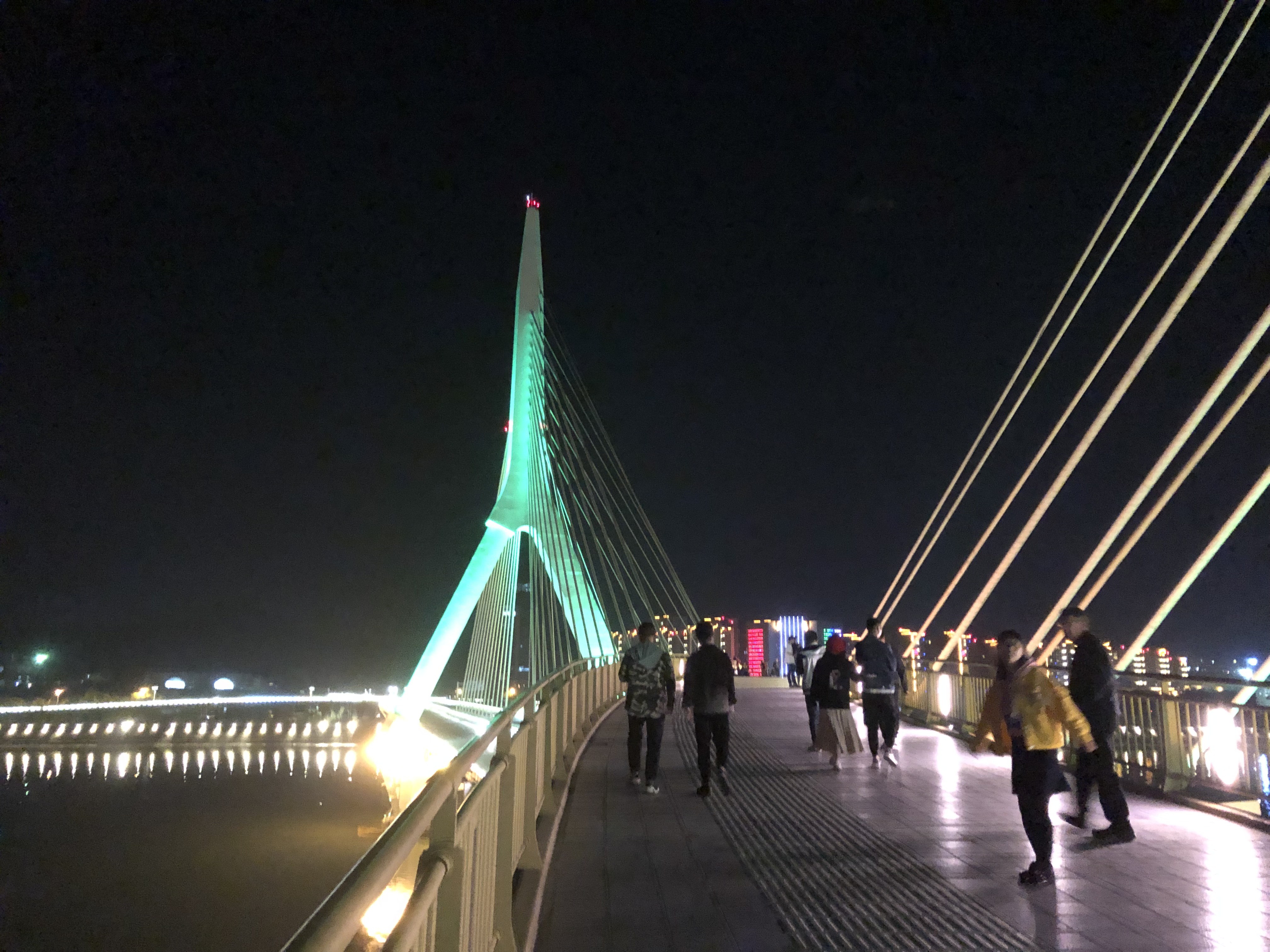 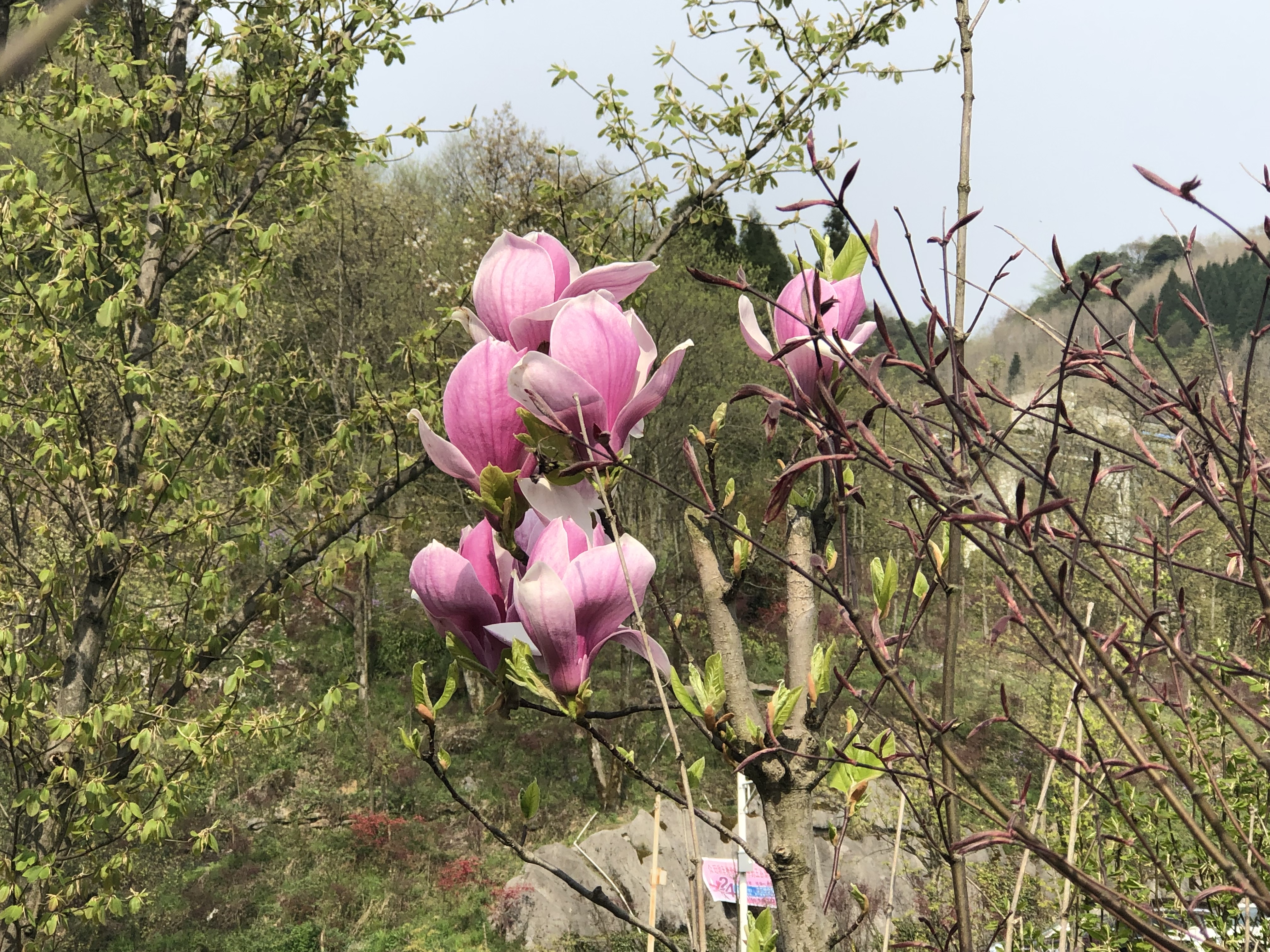 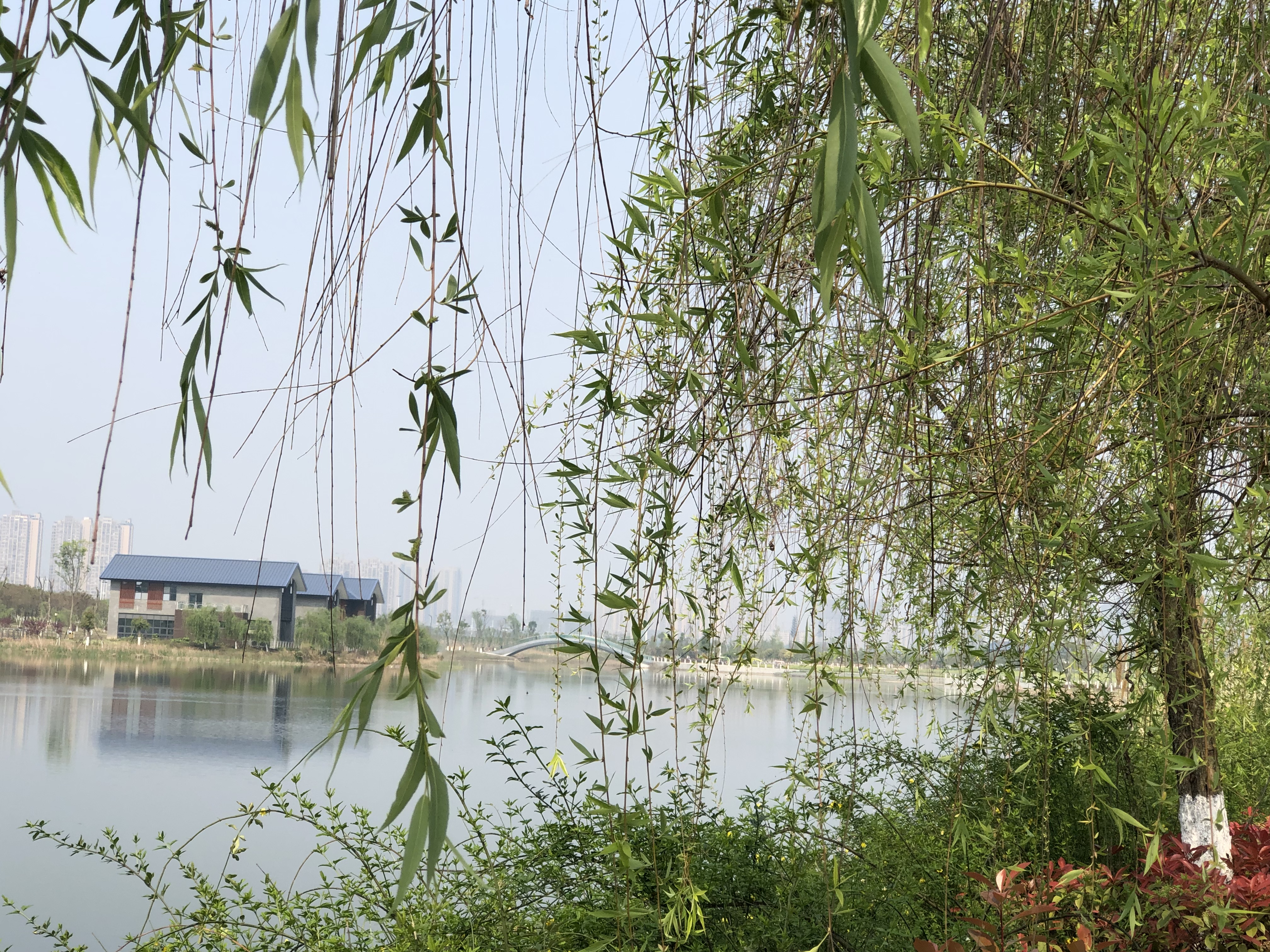 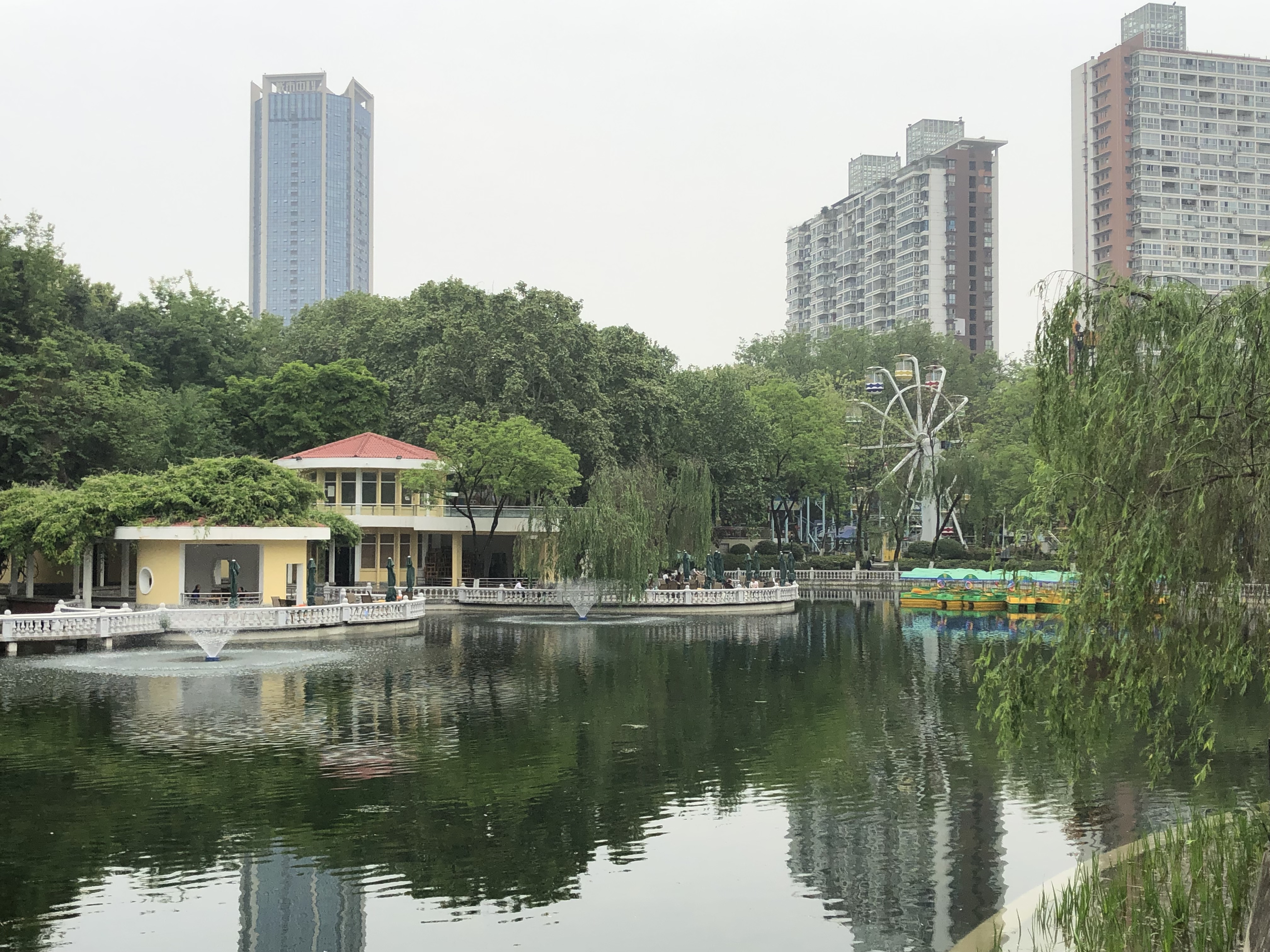 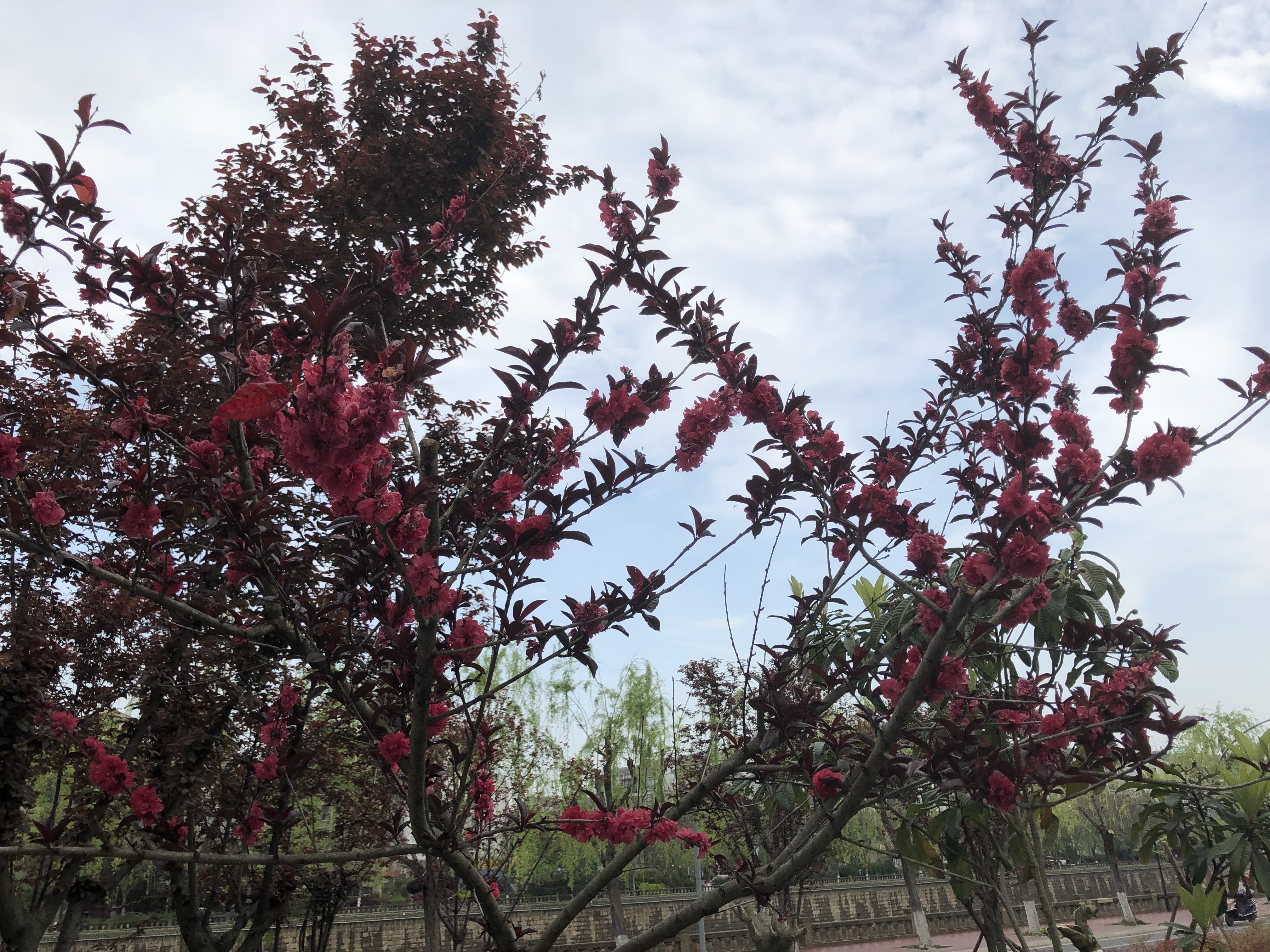 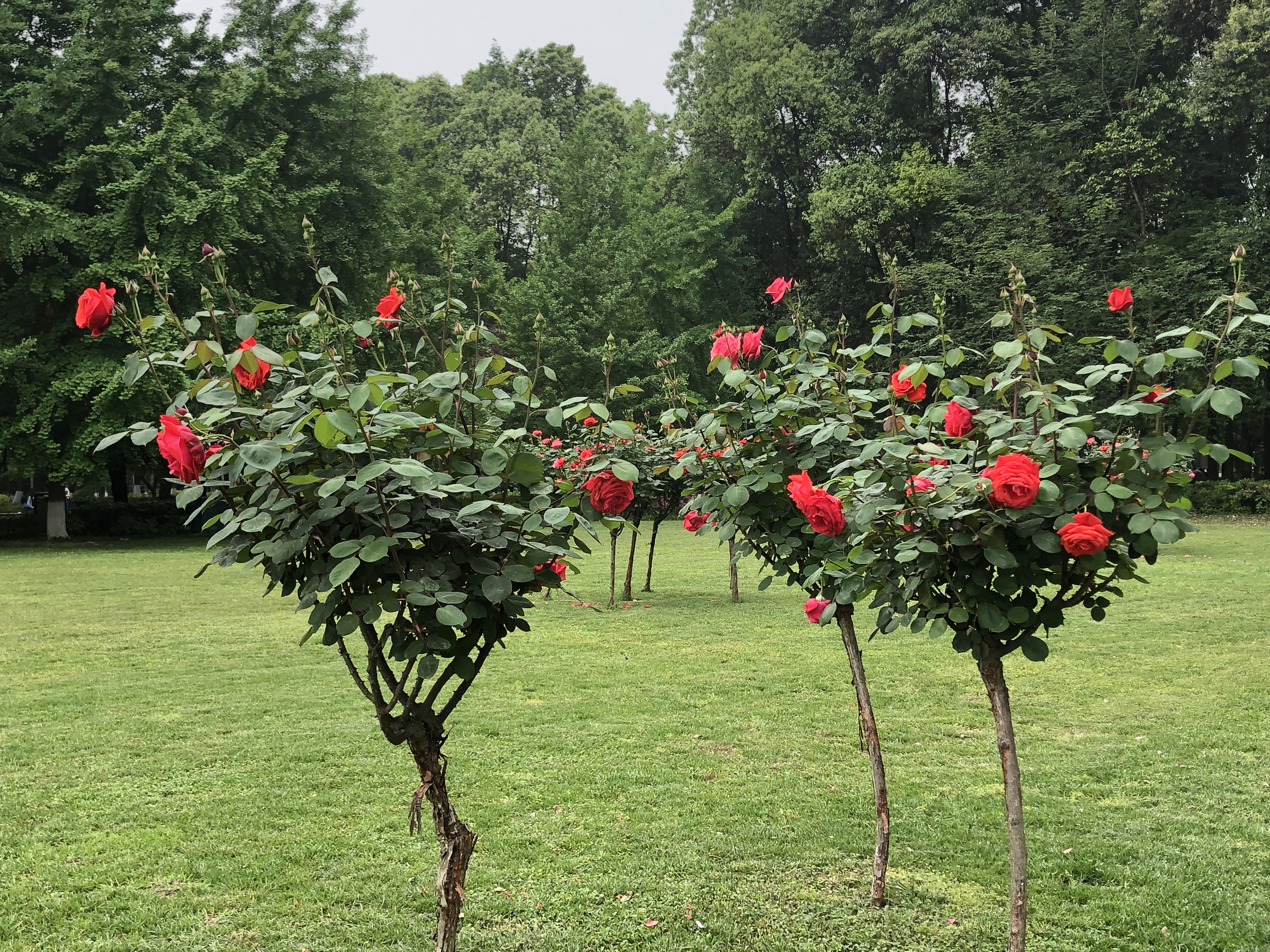 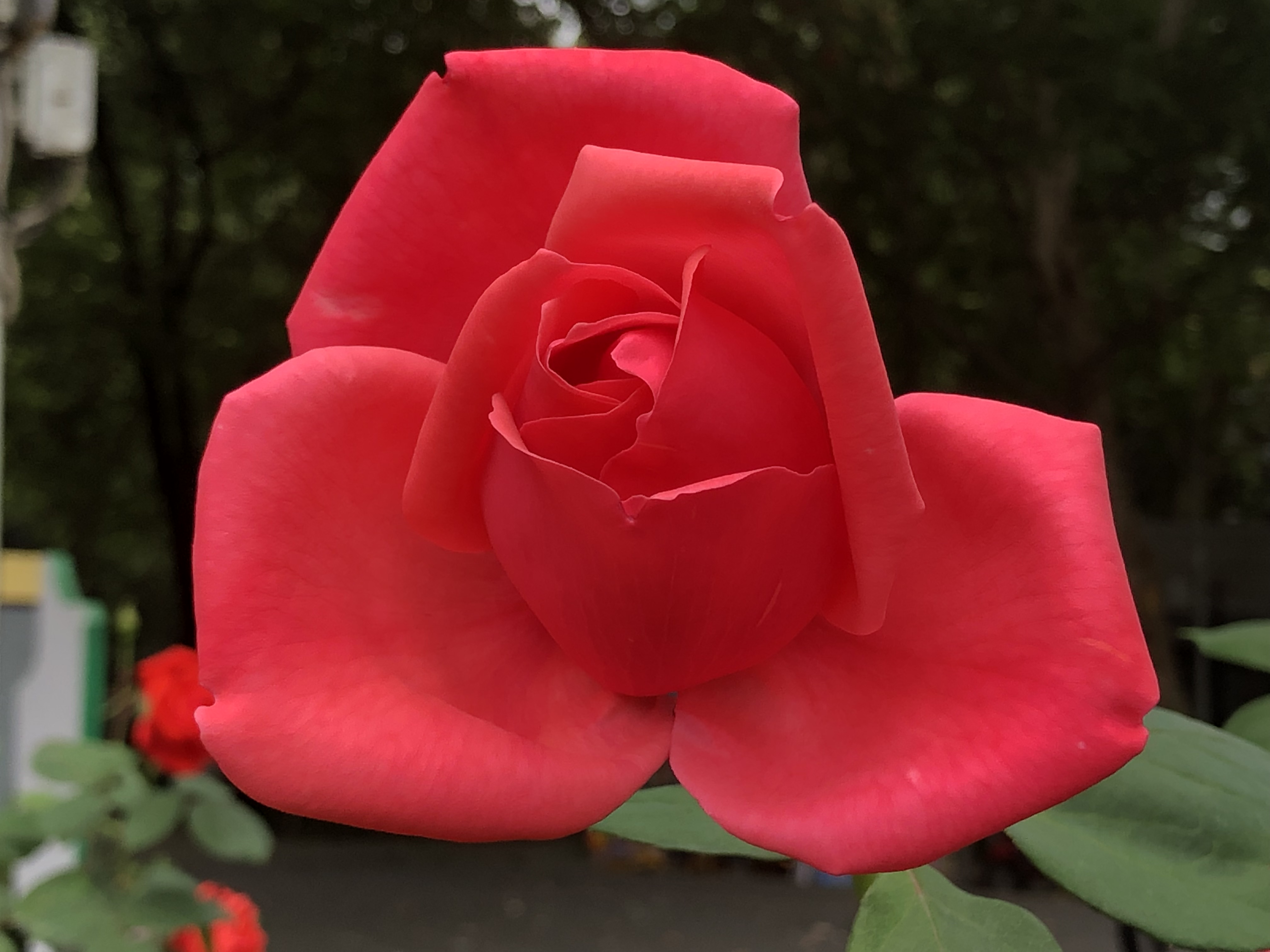 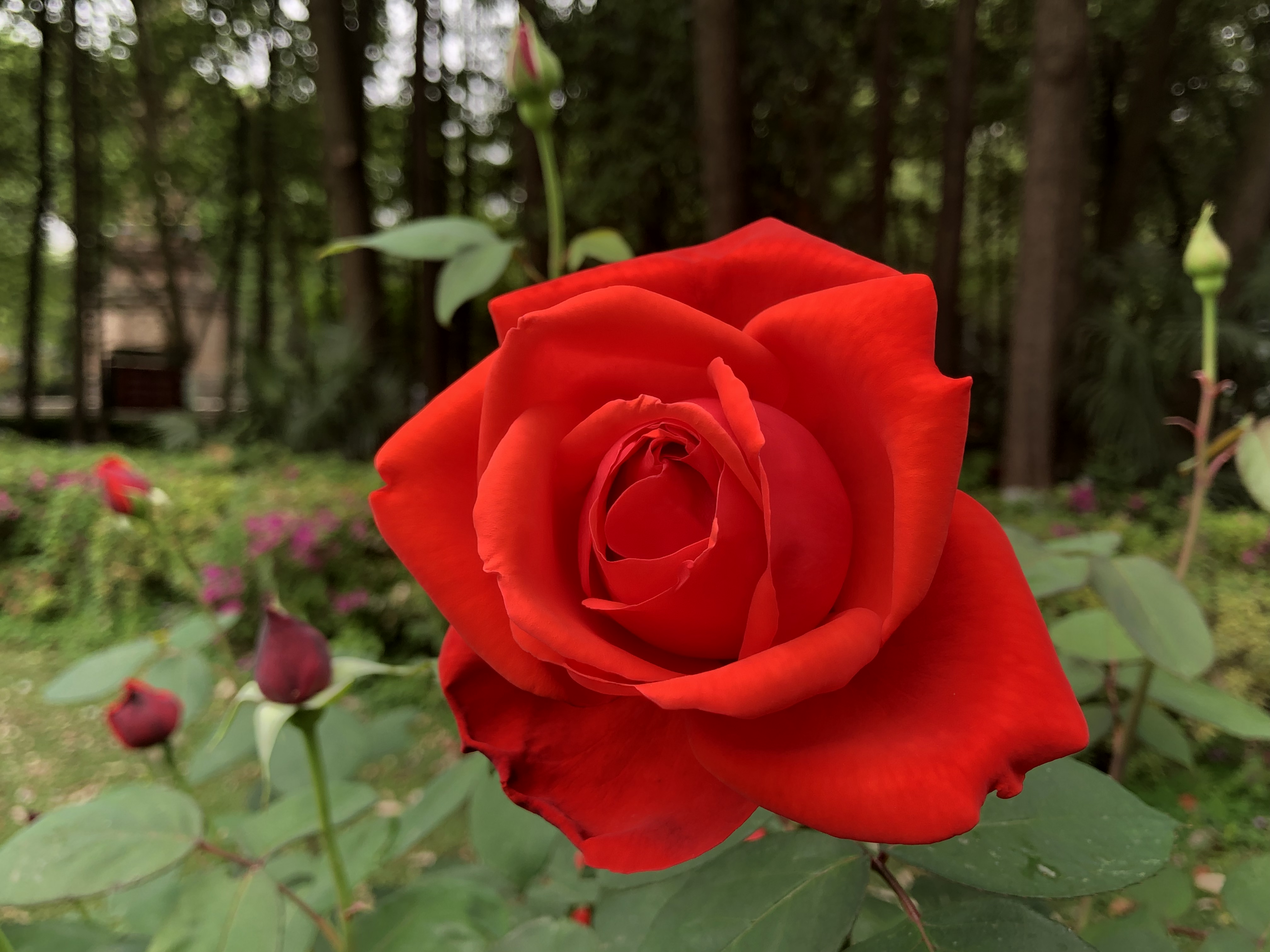 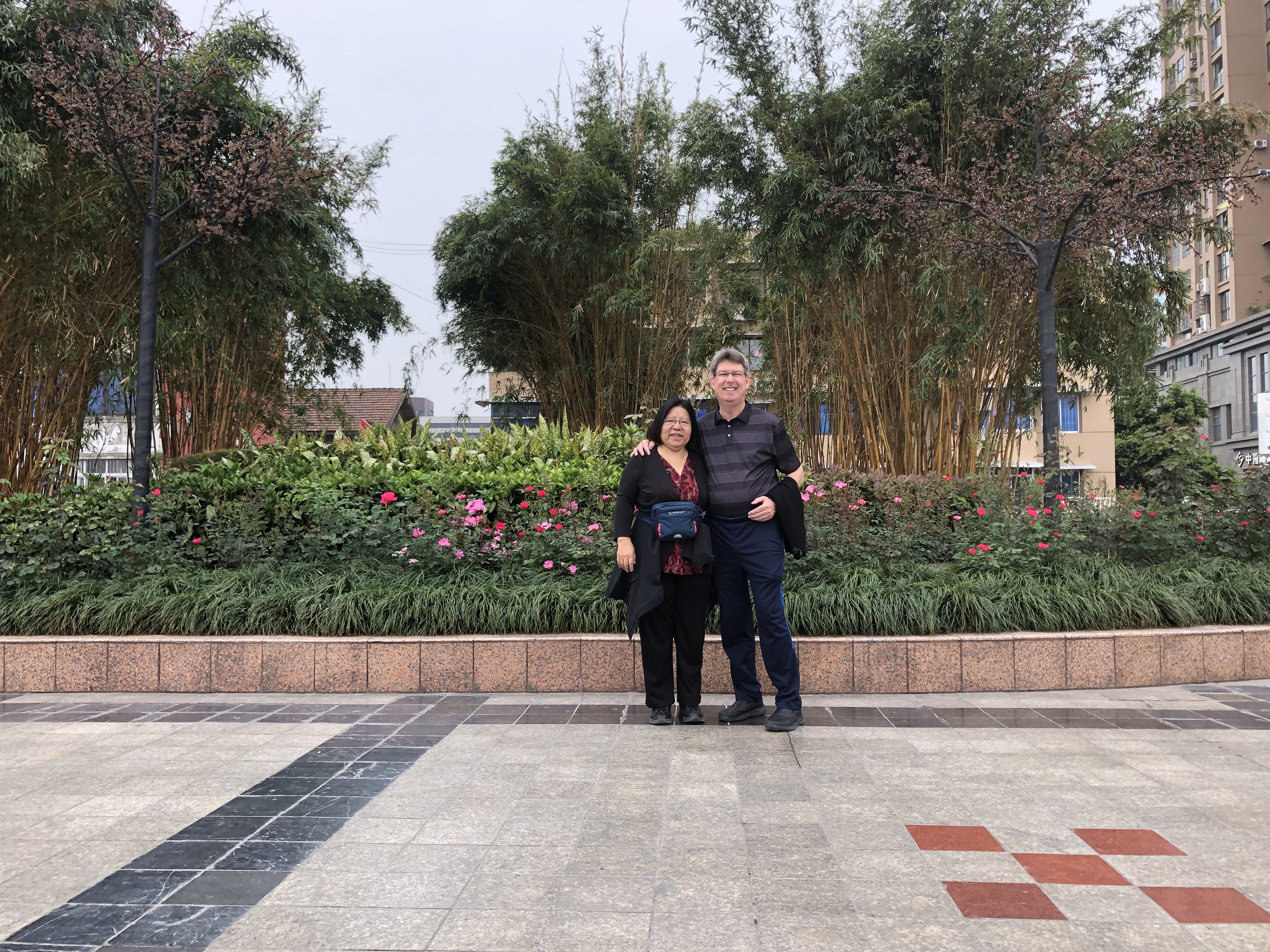 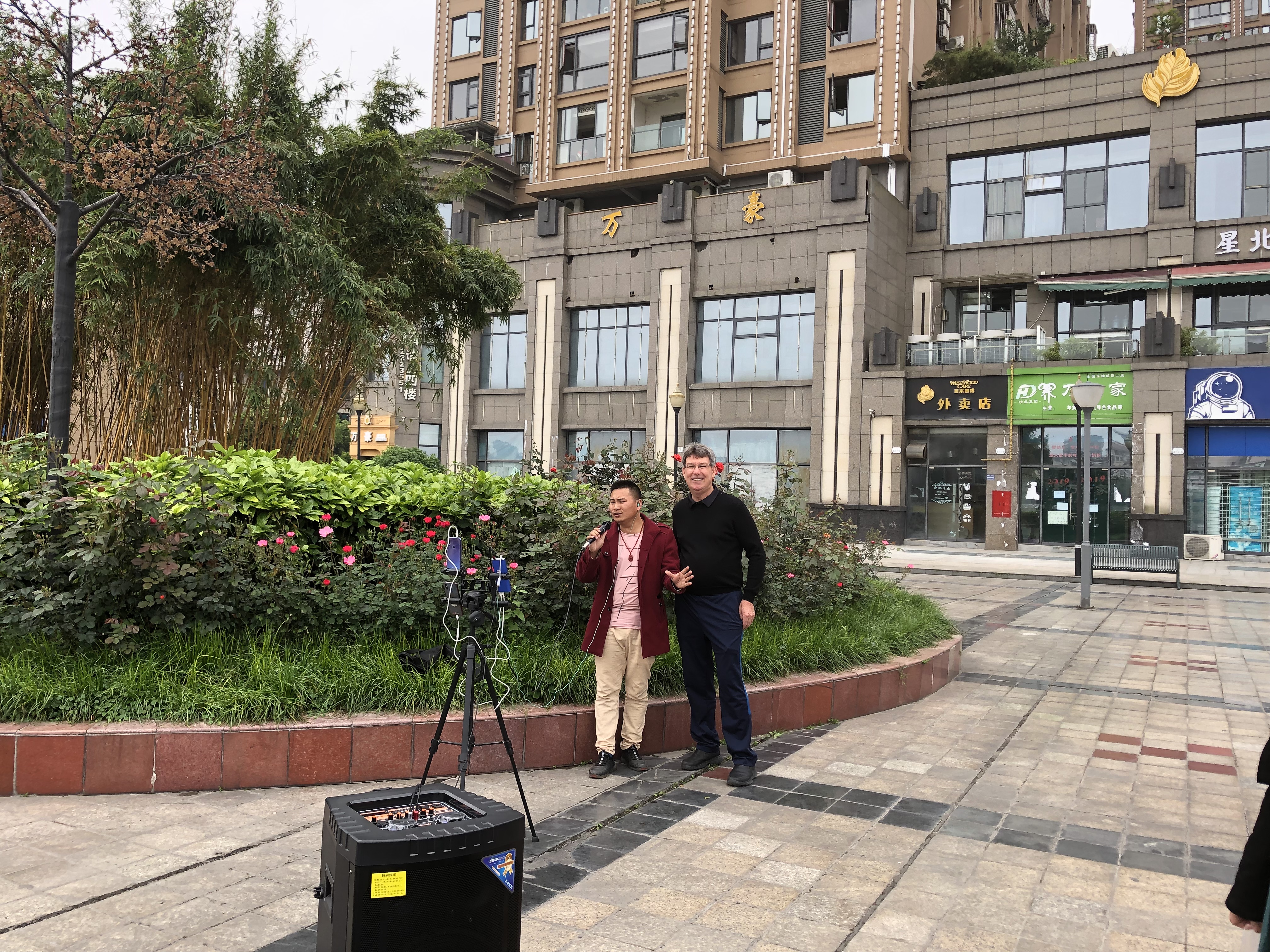