The Purpose of the Experience 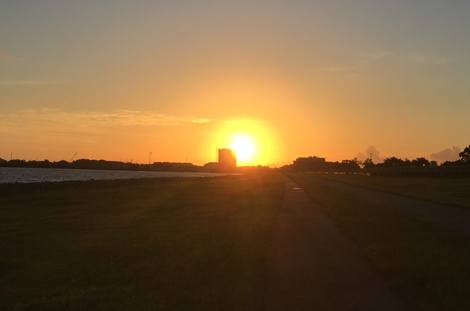 I normally do not watch the news, especially the political news on television. However, for some reason, in the past few weeks, I have been drawn to the news around Dr. Christine Blasey Ford’s story of her being sexually assaulted by Brett M. Kavanaugh, who is being nominated to be the next supreme court judge. The incident happened three decades ago, but when it gained my interest, Alan recommended that I watch a documentary and movie about Dr. Anita Hill’s sexual harassment hearing in 1991 to give me some perspective on what appears to be a replay of what transpired then. Although these two events are twenty-seven years apart, it seems history is amazingly repeating itself in this matter. It is truly mind boggling!

Both women, Dr. Ford and Dr. Hill have very similar backgrounds; well educated, professional and quite successful in their fields of expertise and had much to lose by coming forward. They both were sexually harassed by supreme court judge nominees; and they simply reported their experiences truthfully as a lawful and dutiful U.S. citizen. But they then became the victim of the scandal due to the power struggle between the two political parties. Even though they requested the information they supplied to the senator’s remain confidential, someone leaked their information without their permission, which left them no choice but to become the hot topic of the news and center of attention.

As a result, these two women were forced to go public and tell their story to the public and their stories were used by those in power for political gain. The women were severely scrutinized, ridiculed and hounded in the public by the media and judged as the ignorance of mankind played out in full view for all to see. For Dr. Ford, the media includes the newly discovered and unfiltered aspect of social media where anyone can express anything and the 24/7 news cycle that feeds itself. The human emotional drama around them and the supreme court judge nominees has exhibited the “Self-Aspect” of humanity in its fullest glory and how it can prevent us from listening and following our “Higher-Self” and seeing the real purpose behind all these happenings. The real purpose of this event is lost in personal ego’s and the power struggle among those in the respective political committees and party’s as they flex their positions of power. We tend to lose ourselves in the emotional drama rather than each of us looking within as to how it is affecting us and more importantly, WHY!

What is the real purpose and big picture of these two events? Metaphysically speaking, there is always a reason and a purpose when a situation is strikingly repeating itself – it often involves karma, unresolved past life issues, past life energy, and the lessons to be learned by those involved. The repeating of these two events and their similarity is because the lessons were not learned from the event around the sexual harassment between Dr. Hill and the supreme court judge nominee, Judge Clarence Thomas twenty-seven years earlier. It is now repeating itself in the event around the sexual assault between Dr. Ford and the supreme court judge nominee Judge Kavanaugh. It’s like the movie “Ground Hog Day”, where the day just kept repeating itself until the lesson was learned. What is it that this country and those involved can try to learn again through their choices, responses, decisions and actions related to woman’s rights?

I believe that these two women told their story truthfully and honestly because I had a similar firsthand experience in 2006. I know how much courage and strength I had to summon as a female, to fight my own fear, doubt, shame and all sorts of ‘negative’ emotions in order to step forward to tell my truth. I experienced the range of emotions from anger to disgust as I endured the questioning in my deposition from his counsel and then felt helpless, powerless and humiliated as I had to mutely sit and listen to the lies, distortions and half-truths as my lawyer deposed my harasser. The process itself, is for healing the deep traumatized wound of the sexual assault and learning the life lesson of standing up truthfully for ourselves in the face of those who are in positions of authority and hold the power over us. It is the men who committed the sexual assault and how they react and respond to the women’s story now makes a big difference. This is not about punishing these men for what they did a long time ago, it is about them taking responsibility for their past faults and mistakes, and respecting women as equal human beings. In other words, if these two men are truthful and honest, all they need to do is to acknowledge what they did honestly, and to apologize for their misbehavior that happened a long time ago and be sincere. By doing so, they show their respect to these women and they take responsibility for what happened. Their honesty, humility, decency and integrity are the true quality for them to be elected and serve in powerful positions of public service. These qualities really do matter!

Unfortunately, humanity has been so conditioned to be perfect, to not making mistakes and having no faults. If someone is to be in a powerful position, we are under the illusion that one needs to be perfect, otherwise, one must pay for their mistakes and faults. Because of this kind of conditioning, the belief in punishment and a super human mentality, human society has created so many hypocrites among those who hold power and are in powerful positions in church, government, and personal positions of authority. Whenever someone is exposed for their misbehavior, mistakes, errors and faults, their first response and reaction is to deny, and lie about it instead of taking full responsibility for it. On top of that, when the political parties are involved, the ego of those in powerful positions start to play with the desire to win at all costs. Their sole objective is to control the outcome and maintain their power. It is control and dominance in the disguise of protecting this country and their people, but it is just a facade. The first denial and lie becomes the start of a vicious circle, like a snow ball that gets bigger and bigger as it rolls forward. In the end, the truth is completely distorted and lost, and the lessons are never learned. Yes, one may have won the untruthful outcome and maintained power and control, one may have conquered the entire world, but at the cost of having lost one’s soul. Is it worth it!?

As a human being, nobody can be immune from making mistakes and having faults. Nobody can be perfect either. Mistakes and faults cannot define who we are, it is through the mistakes and faults that we learn and perfect ourselves. We need to be open to acknowledging and apologizing for our faults and mistakes, it does not make us weak, stupid, powerless or inferior, instead, it makes us more connected to our heart. The experience allows us to be humbled, but ultimately makes us stronger, more empowered, genuine, honest, authentic and trustworthy. Thus, how we choose to respond to our mistakes and faults has great impact on ourselves and on the world around us spiritually and vibrationally. It leads us to different paths on our soul evolution journey – ascension or dissension.

Unfortunately, the Self part of humanity has its glory and free reign. It has been controlling and fueling the ego of those in power, their desires to win at all costs in order to maintain their power and control. As such, situations that should be a simple test for our integrity, have become complicated. The true meaning and purpose of the experience are lost in the insatiable hunger game of power, control and dominance that is driven by fear, insecurity, righteousness and superiority. As a result, it only creates more dissension, separation, disharmony and polarity in this country and among the people.

We tend to forget that the events, incidents, situations, and the interactions with each other are no more than a playground to allow our karma, past life energy, past life issues and chosen life lessons to unfold. This is the real purpose and big picture as to why we are here on the Earth Plane. The creator gives each of us the gift of free will and the universe creates the opportunities for us to exercise our free will to make choices to facilitate our learning. What kind of reality do we really want to create – ascension, unity, peace and harmony, or dissension, separation, conflict and disharmony? We hold the key and we make the choice! If we have not learned the lessons, or we have not accomplished what we have set up for ourselves, then we will not have made the positive and radical change individually and collectively that we setup for our learning. So, the Universe will keep creating similar events or situations to provide us with the opportunities to learn what we must learn and to make the choices that enable positive change to take place. If we still haven’t learned the lesson after repeating it several times, then, the universe will force us to make change!

“Do not allow the Self to pull you back with emotion and fear, detach and see the purpose of the experience” – Maitreya from maitreya quotes app.